Apple sauces up monitor with GPU 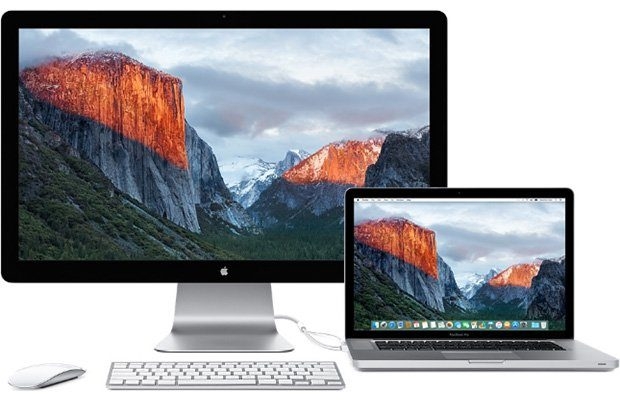 Fruity cargo cult Apple is set to launch a new version of its Thunderbolt monitor so it can handle 5K resolution (5120x2880) using its own discrete GPU placed behind the screen.

According to 9 to 5 Mac The big idea is that 5K requires more processing power and that is best done closest to the screen. We don’t know what the flavour of GPU that the monitor is getting, but we are not sure that it will be so great. You can get to 5K standards without too much extra being required so the GPU in the screen would be nothing in comparison to what you could stuff into the main PC box.

What seems to be happening is that the GPU in the monitor will provide the minimum resolution. When connecting a Mac to the display via Thunderbolt, the system will decide whether to use its own graphics or tap into the monitor's integrated GPU. They will not be able to work together, but systems will be able to bounce back and forth depending on the task.

Of course Apple can't make its own GPU so this will be something from AMD, presumably a cheapish Polaris which will guarantee a minimum 5K res. It should not take much and Apple will be able to charge a fortune for it.

It all seems rather pointless, but of course that has not stopped the Tame Apple Press getting rather moist at the idea. It appears they think it will work like a Thunderbolt connected crossfire, but we can't see Apple coming up with the programming required to do that.

Last modified on 06 June 2016
Rate this item
(6 votes)
Tagged under
More in this category: « EVGA shows its own custom SLI HB bridges at Computex Apple 2016 laptops will have AMD GPUs »
back to top