Geforce GTX 1080 supplies may be scarce until mid June 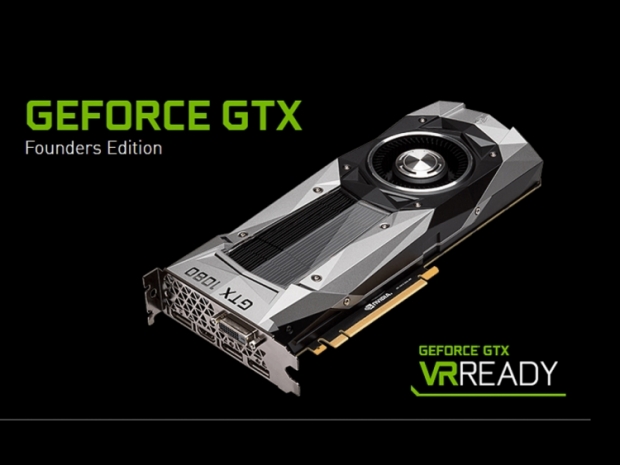 Limited supplies at least until week after Geforce GTX 1070 launch

On Friday, most of Nvidia’s add-in board partners made announcements of their customized Geforce GTX 1080 graphics cards and their sales of the Geforce GTX 1080 Founders Edition, a new name for Nvidia’s new “reference card” with reference clockspeeds, only this time with an upgraded vapor chamber cooling unit.

As some prospective buyers quickly realized, however, retail availability is few and far in between at this point, and supply is not expected to pick up for at least another two and a half weeks.

To assess Geforce GTX 1080 supplies on hand, we contacted several local retailers in Southern California, including two Fry’s Electronics locations that are just a stone’s throw from Gigabyte, MSI and EVGA headquarters in the US. These particular stores tend to receive units directly from the manufacturers and often within a few days after placing orders. 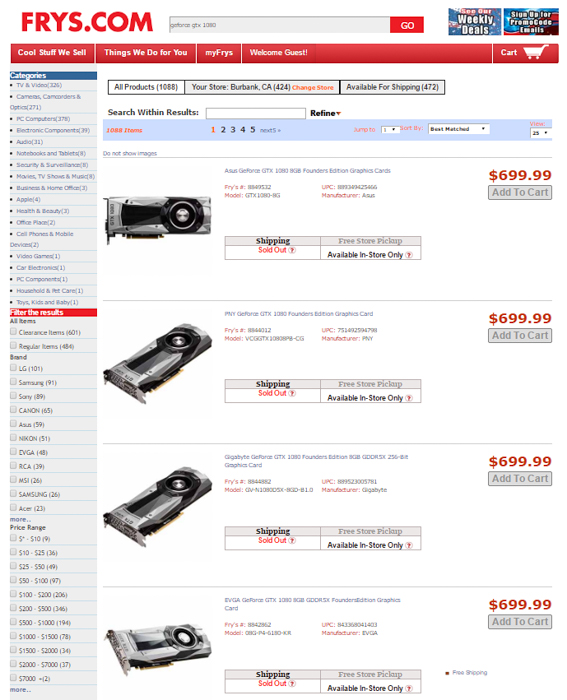 One Fry's Electronics store told us that the next shipment of Founders Edition cards isn’t scheduled to be delivered until mid-June, while the other store told us that they hadn’t even placed any new orders and asked to be contacted again at the end of next week. Regardless, these inventory estimates are only for “Founders Edition” cards which all run at reference clockspeeds. Retailers have not specified when they will be receiving custom AIB models featuring overclocked specifications, custom heatsink / fan designs, additional VRM power phases, additional BIOS chips, custom LED lights and higher TDP levels. 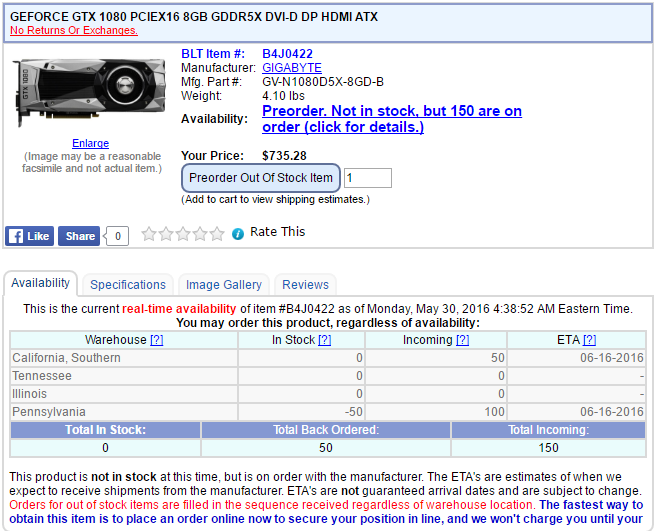 Meanwhile, a quick search for “Geforce GTX 1080” on Google Shopping (sorted by lowest price) shows ShopBLT.com coming in second place for lowest prices. The site is currently offering pre-orders for Geforce GTX 1080 Founders Edition cards from ASUS, Gigabyte, EVGA and MSI for $732.82, $735.28, $735.30 and $739.78, respectively. The nice thing about ShopBLT is that they always offer an inventory ETA for each regional warehouse. However, the site’s ETA dates are not fixed and have been known to change.

As of now, PNY is the only other manufacturer we could find currently offering a Geforce GTX 1080 Founders Edition, or at least a reservation for one. Their unit is available at a slightly higher price of ~$773 after shipping from AVADirect.com.

Aside from retail, the situation on eBay is a bit more inflated at the moment, and we can expect noticeable price gouging on Founders Edition units over the next several weeks. The lowest “Buy It Now” price we could find as of May 30th is for an ASUS Founders Edition card at ~$884 after shipping. Just like in retail, there are currently no custom AIB units available here either.

All in all, we should expect more Founders Edition reference clockspeed cards to show up by mid-June and hopefully there will be some custom models available by this timeframe as well.