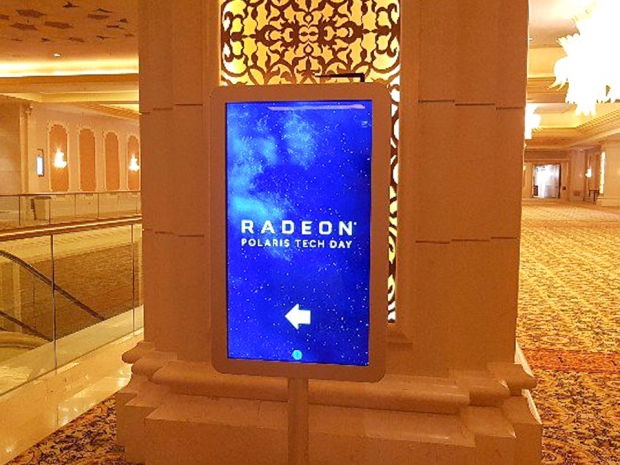 Over the past few days, a handful of staff writers, editors, analysts and industry professionals were fortunate enough to receive invitations to AMD’s 3-day Polaris event in Macau, China, including our very own editor-in-chief. The event is scheduled to take place between May 26th and May 29th, with a Polaris Tech Day that just took place behind a non-disclosure agreement for the press. 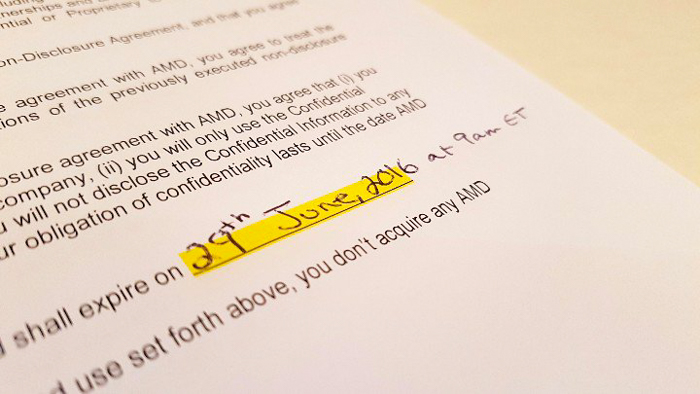 AMD's NDA for Polaris Tech Day is scheduled to be lifted one month from now on June 29th, when editors and press will be able to post all the details surrounding benchmarks, prices and hardware build quality of the company's 14-nanometer FinFET GPU lineup for Q3 2016. We are expecting some early hardware reviews to be part of this plan, as AMD’s original launch for Polaris was planned for early July. This time around, we are hoping enough samples will be sent to every qualified site that asks for them without the “selectively unbiased” AMD marketing conundrum that has unfortunately occurred in the past. 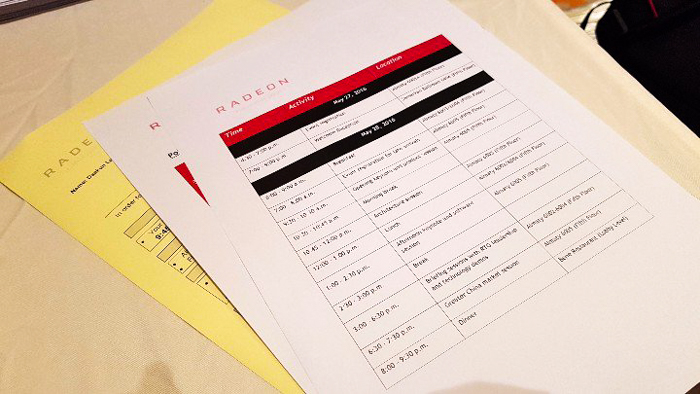 Last week, the company announced that its public Polaris press conference at Computex 2016 (May 31st to June 4th) will take place on Wednesday, June 1st at 7pm PDT (10am CST). We are expecting AMD CEO Lisa Su and Radeon Technologies Group boss Raja Koduri to be present, among other top RTG graphics department staff. A real-time video webcast of the event will be viewable on AMD’s Computex page here.

In other news, there also appear to be signs that AMD may or may not be preparing to replace its current Radeon Technologies Group logo with the much simpler “Radeon” name. VideoCardz.com has already written about this being a possibility, but we should have a confirmation during AMD’s more public Polaris announcement at Computex in just a few short days. 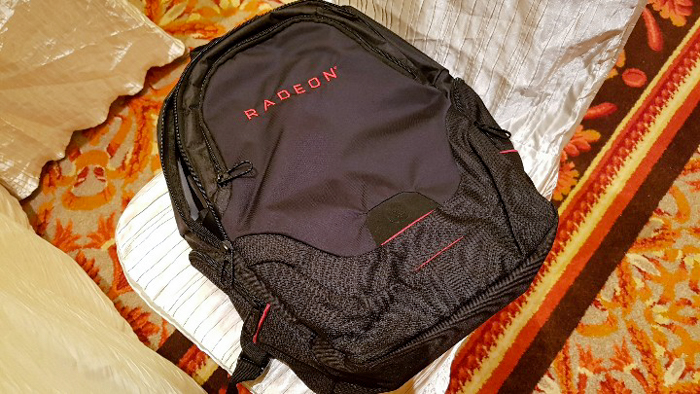 Last modified on 30 May 2016
Rate this item
(24 votes)
Tagged under
More in this category: « Nvidia pushes out new updates for GeForce GTX 1080 EVGA unveils its full Geforce GTX 1080 lineup »
back to top