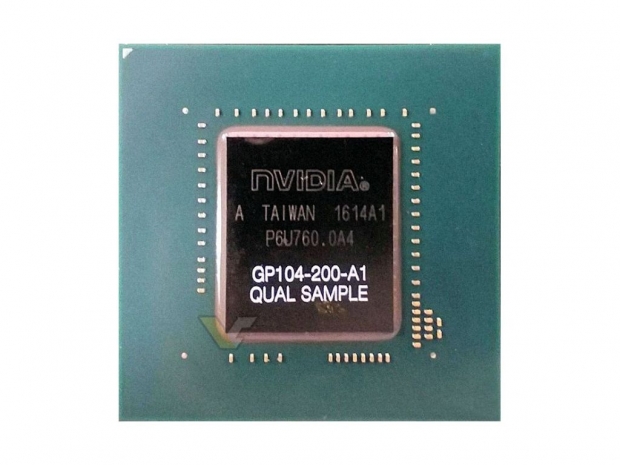 Finally we get a clear picture of a version of the GP104 Pascal GPU which is rumored to be the heart of the upcoming Nvidia Geforce GTX 1070 graphics card, the GP104-200.

Leaked over at Videocardz.com, the pictures show that the GP104-200 Pascal GPU has entered qualification stage as it is clearly marked as a "QUAL SAMPLE", and has been spotted on a black PCB, suggesting that AIB partners could already have the chip and should soon gear up for the launch.

Bear in mind that earlier rumors suggest that both the GTX 1070 and the GTX 1080 should launch sometime around Computex 2016 show, scheduled to start on May 31st. The GP104-200 should pack lower number of CUDA cores compared to the GP104-400 GPU which should be behind the GTX 1080 graphics card.

The pictured PCB also shows eight Samsung 8Gbps 8Gb memory chips, which means that the GTX 1070 will end up with 8GB of GDDR5 memory and should have a 256-bit memory interface.

Videocardz.com also compared the GP104 GPU with earlier pictures of the Maxwell-based GM200 and GM204, guessing that the size of the GP104 die should be somewhere around 333mm2, making it smaller than GM204, which does not come as a surprise since it is based on 16nm FinFET manufacturing process, allowing Nvidia to squeeze more transistors on a smaller die. Both the GP104-200 and the GP104-400 should look the same and just vary in the number of CUDA cores.

Hopefully it won't be long before we see some of the first benchmark results which will give us a clear picture of the performance side of the upcoming Pascal-based graphics cards. 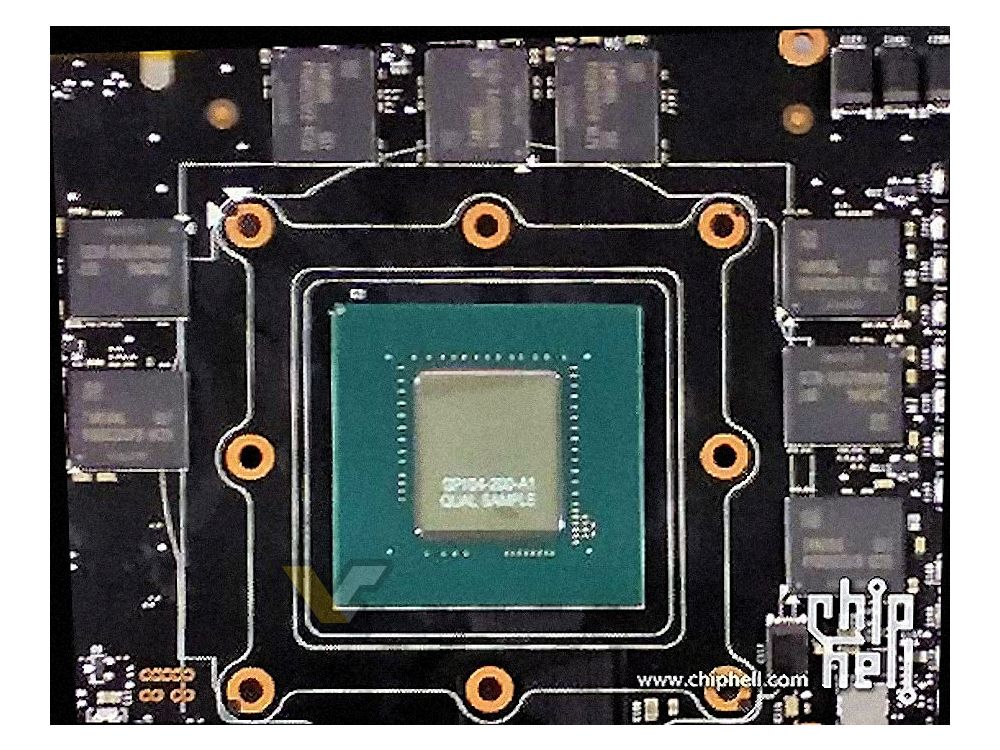