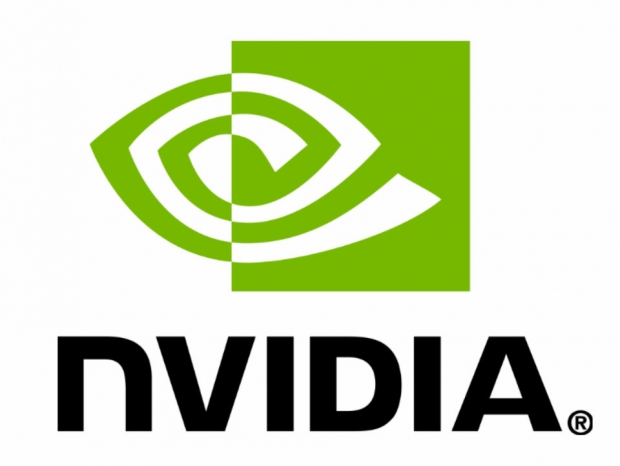 We disagree, offer some alternatives

On Wednesday, someone thought it would be clever to post an unsourced Nvidia Pascal GPU naming scheme spreadsheet to popular image hosting website Imgur.com. As a result, GPU enthusiasts from all around have frequented hardware forums to discuss the matter of Nvidia’s yet to be announced 2016 GPU lineup based on 16-nanometer FinFET technology.

The image leak, complete with the words “NVIDIA Confidential” at the bottom, appears as if anyone could have typed it up in Excel and posted it to the popular photo sharing site. Nevertheless, it suggests that Nvidia is preparing to depart from the “Geforce GTX” naming scheme that it adopted for Tesla, Fermi, Kepler and Maxwell-based GPUs, and will instead use a much simpler “Geforce X80” nomenclature followed by the usual “Ti” prefix for any higher-clocked card variants. 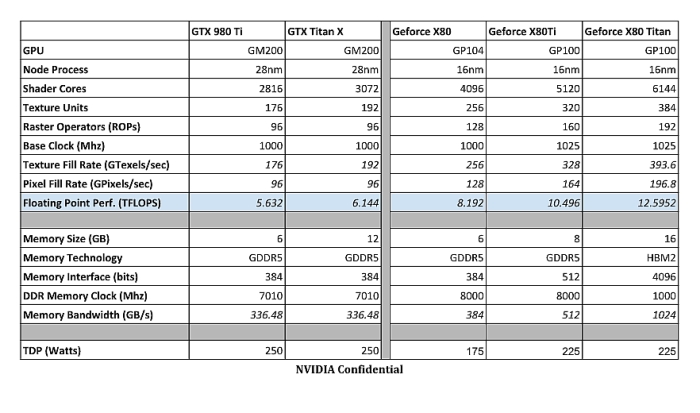 If this were true in any respect, it would certainly indicate a backwards naming step for such a powerful architecture, especially coming from “GTX 980,” “GTX 780,” “GTX 680,” etc. The other issue is that many people may be inclined to believe that a GTX 980 is more powerful simply because it uses more letters in the prefix and digits in the numbering format, and simply because it sounds like a product with a heavier amount of horsepower.

The Geforce FX line then moved to PCI-Express in early 2004 and adopted naming including “Geforce PCX 5300,” “Geforce PCX 5750,” “Geforce PCX 5900” and “Geforce PCX 5950.” Over the next year between 2004 and 2005, these models were eventually replaced with the Geforce 6 Series, marking Nvidia’s transition into the “modern era” of GPUs with support for features including SLI technology, Shader Model 3.0, Direct3D 9.0c and OpenGL 2.1. This number-first naming scheme thrived for the second half of the decade and was followed up with the Geforce 7 Series in June 2005, Geforce 8 in November 2006 and Geforce 9 in February 2008.

During the timeframe between Geforce 6 and Geforce 8, Nvidia used a variety of suffixes for its number-first naming scheme, including “GE,” “GS,” “GSO,” “GT,” “GTX,” “GTX+” and “GX2” for dual-GPUs. Finally, the company decided it was running out of number-first options after the Geforce 9800 GX2 launched, and it proceeded to switch back to a prefix-first, rather than number-first, naming scheme as it had used with the Geforce 4 and 5 series.

What’s next for naming GeForce GPUs based on Pascal, Volta and beyond?

In February 2013, Nvidia did something fundamentally unique with its Geforce lineup by introducing a flagship GPU series without numbers, the Geforce GTX Titan series. This initial card was followed up with the Geforce GTX Titan Black in February 2014 and the Geforce GTX Titan Z dual-GPU in March 2014, all of which featured no numbers but were nevertheless still indicative of top-performance choices. We have reason to believe that Nvidia is definitely prepared to do this again for Pascal and enjoys its choice to market top-level enthusiast products without number designators. At this point in the game, however, there is simply no more room for the “GTX” prefix.

We have a suggestion that may be more fitting for Pascal, Volta and successive generation Geforce products. Perhaps it’s time for Nvidia to follow what it did with the recently-announced Drive PX 2 automotive supercomputer, switch out the aging "GT" and "GTX" prefixes and replace them with something more indicative of the architecture on which a product is based. With its automotive lineup, the company has already indicated it will use “Drive” to denote the automotive segment, “PX” to denote a Pascal-based product, and a number at the end to signify the number of GPUs.

For its consumer market segment, we propose staying in line with what it introduced in the automotive segment – maintaining its highly-recognized “Geforce” brand at the front, followed by “PX” to denote a Pascal-based product, followed by a number (either arbitrary or based on shaders) to denote level of performance.

If the ending SKU number indicated the number of GPU shaders, the product lineup would look as follows:

Eventually, the shader count would get too high, albeit in the 10,000s by next decade or with a dual-GPU variant, making a shader-based naming scheme less plausible over the long term.

Alternatively, if the ending SKU performance number were based on historical values for performance segments, the product lineup would look like this:

The only wildcard this time around is that Nvidia will use both GDDR5X memory modules for its mainstream and midrange segment and High Bandwidth Memory (HBM) 2 for its high-end segment. A third alternative would be to differentiate number choices based on the use of GDDR5X or HBM2. Given the fact that AMD has chosen to do this with its Radeon “Rx” 300 Series (all using GDDR5) and Radeon R9 Fury, Radeon R9 Nano, Radeon R9 Fury X and Radeon Pro Duo (all using HBM), this is another possibility not out of question for Nvidia’s Pascal, Volta, and whatever may come next.

Last modified on 23 March 2016
Rate this item
(9 votes)
Tagged under
More in this category: « AMD rolls out Radeon Software 16.3.1 Crimson Edition drivers Warner and Intel sued over piracy accusation »
back to top