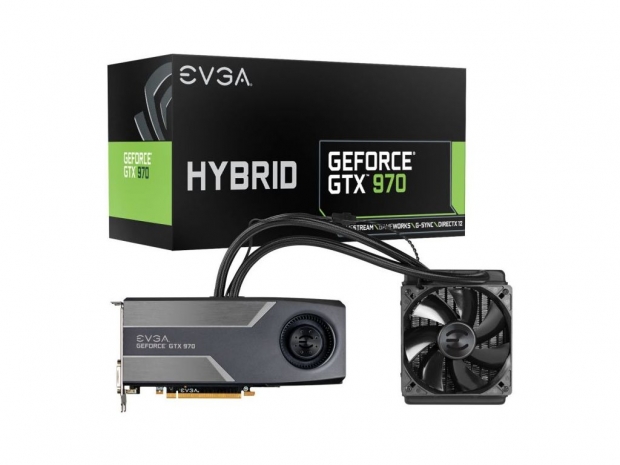 Featuring a copper GPU block and a 120mm radiator cooled by a 120mm variable controlled fan, the new GTX 970 Hybrid Gaming should be up to 40 degrees cooler than the reference cooled Geforce GTX 970 graphics card. As this is a hybrid cooling solution, the AiO liquid cooling system takes care of the GPU, while a standard blower fan, combined with dedicated heatsinks, cools down the VRM and memory parts of the graphics card.

Despite the hybrid cooling solution, the Geforce GTX 970 Hybrid Gamer is not the highest factory-overclocked graphics card in the EVGA lineup but it still features a decent factory-overclock, with the GPU base and Boost clocks set at 1140MHz and 1279MHz, respectively. As this is a GTX 970 graphics card, it comes with 4GB of GDDR5 memory paired up with a 256-bit memory interface and clocked at reference 7010MHz. As all other GTX 970 graphics cards on the market, this one also needs two 6-pin PCI-Express power connectors and comes with standard two DVI, HDMI and a DisplayPort output configuration.

The EVGA GTX 970 Hybrid Gaming is now available at EVGA's own webshop and we are quite sure it will soon show up on retail/e-tail shelves with a suggested retail price of US $399.99. 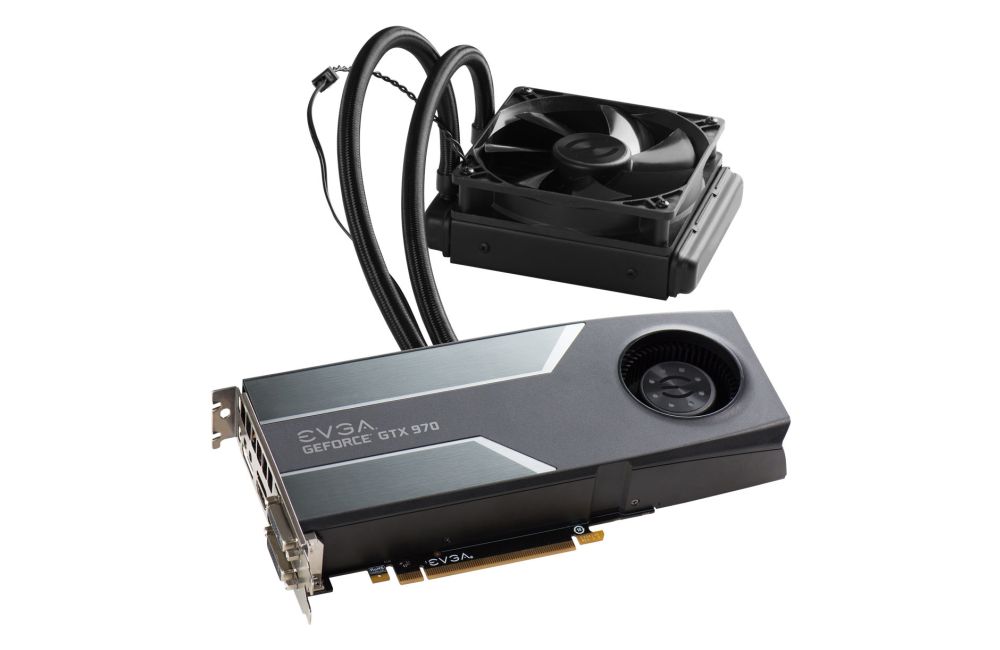