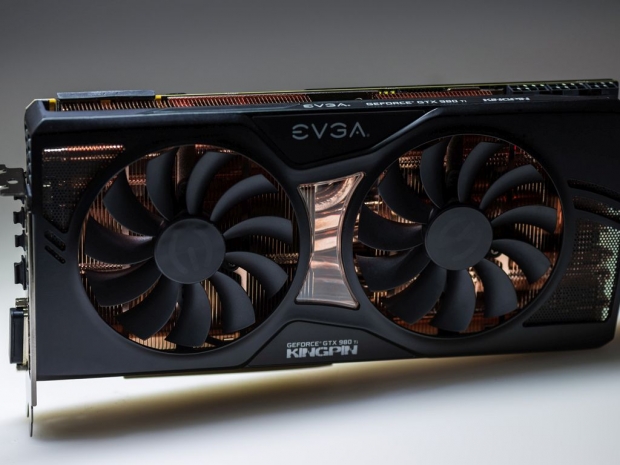 Vince "K|NGP|N" Lucido is a well known name in the overclocking circles and previously, he managed to break quite a few records with the same EVGA Geforce GTX 980 Ti K|NGP|N Edition graphics card so it does not come as a surprise that the same graphics card broke three new 3DMark world records. This time, Vince managed to push the GPU to a rather stunning 2200MHz on LN2, showing that EVGA GTX 980 Ti K|NGP|N Edition was certainly made for overclocking.

In addition to the EVGA Geforce GTX 980 Ti K|NGP|N Edition graphics card, the rest of the system included an Intel Core i7-5960X CPU overclocked to 5767MHz, an EVGA's X99 motherboard and 16GB of DDR4 memory.

While overclocking the GTX 980 Ti GPU to 2200MHz is certainly an impressive result, we are cheering for Vince to push it even further. 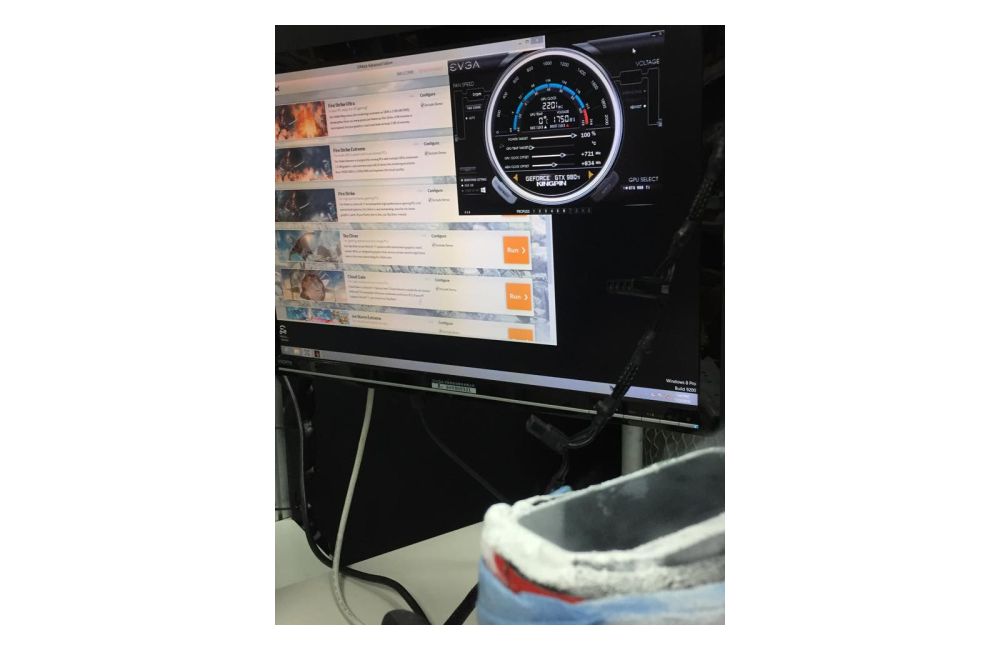 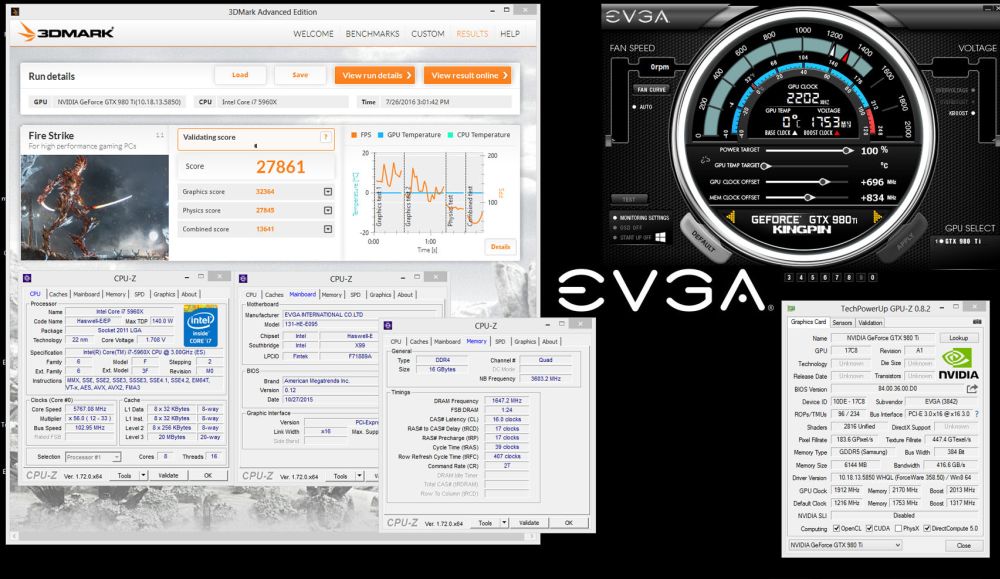 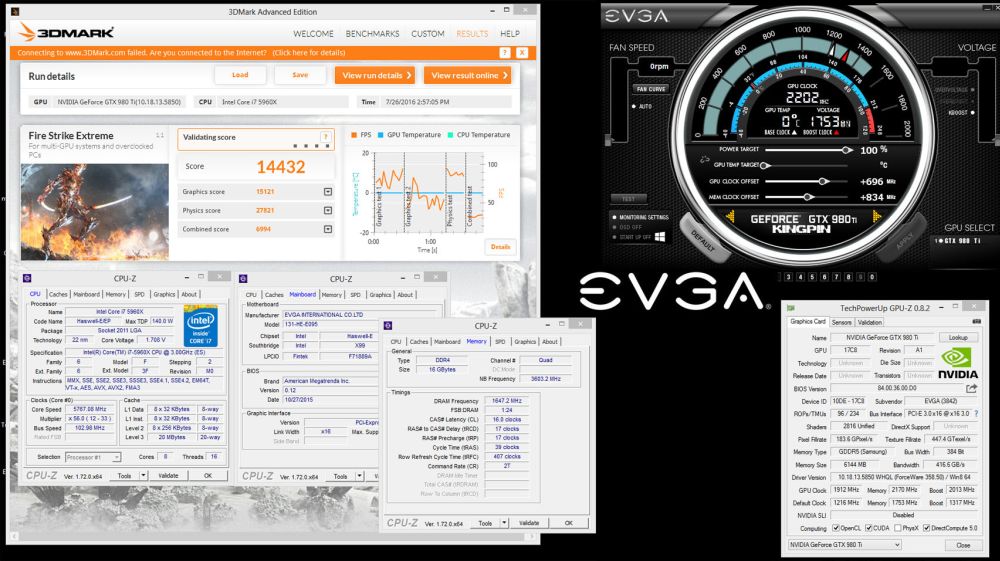 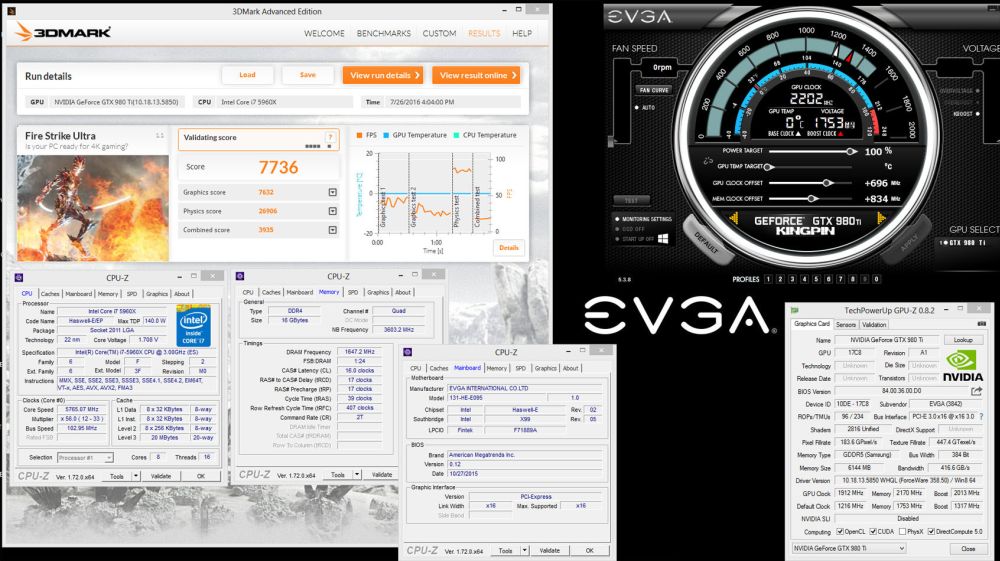 Rate this item
(4 votes)
Tagged under
More in this category: « Asetek loses its cool over AMD Fury Nvidia boosts GTX 965M mobile graphics »
back to top