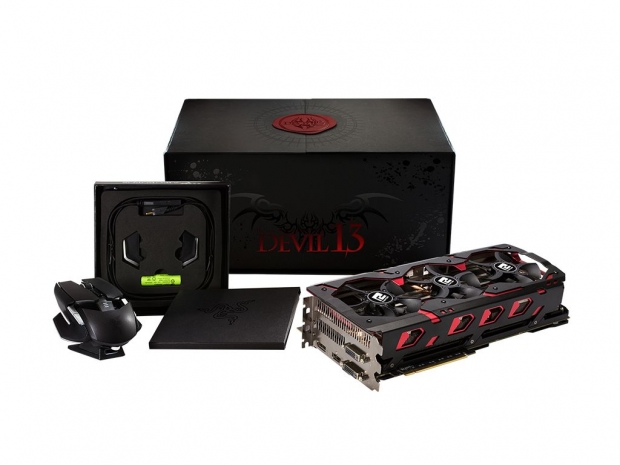 Based on two Grenada GPUs, which are pretty much the same GPUs that we have seen on the Radeon R9 290 series graphics cards, the Powercolor Devil 13 Dual Core R9 390 runs on 1000MHz for each GPU and packs a total of 16GB of GDDR5 memory (8GB per GPU) running at 1350MHz (5.4GHz effective) paired up with a dual 512-bit memory interface.

In order to keep those two GPUs fed with power, Powercolor has used a custom Platinum Power Kit with 15-phase VRM, PowerIRstage, Super Cap and Ferrite Core Choke which draws power from no less than four 8-pin PCI-Express power connectors.

In order to cool both GPUs as well as the VRM down, Powercolor equipped the Devil 13 Dual Core R9 390 with a hefty triple-slot cooler with three fans. The same graphics card also comes with a dual BIOS button as well as a pulsating LED Devil 13 logo.

According to our sources, the Devil 13 Dual Core R9 390 will be available on September 16th with a price set at €699 in Europe. It also comes bundled with the Razer Ouroboros gaming mouse. 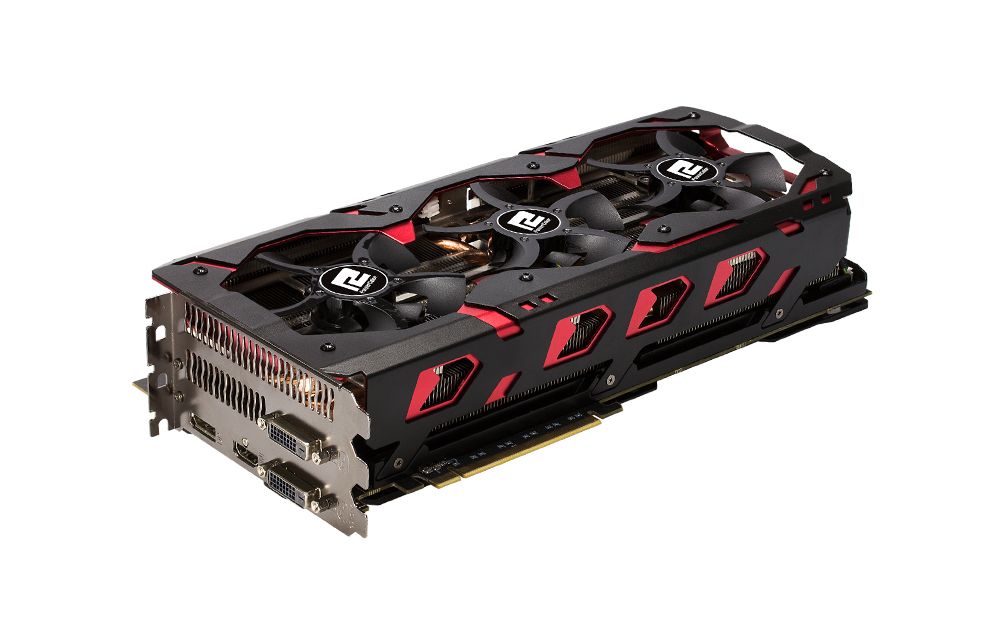 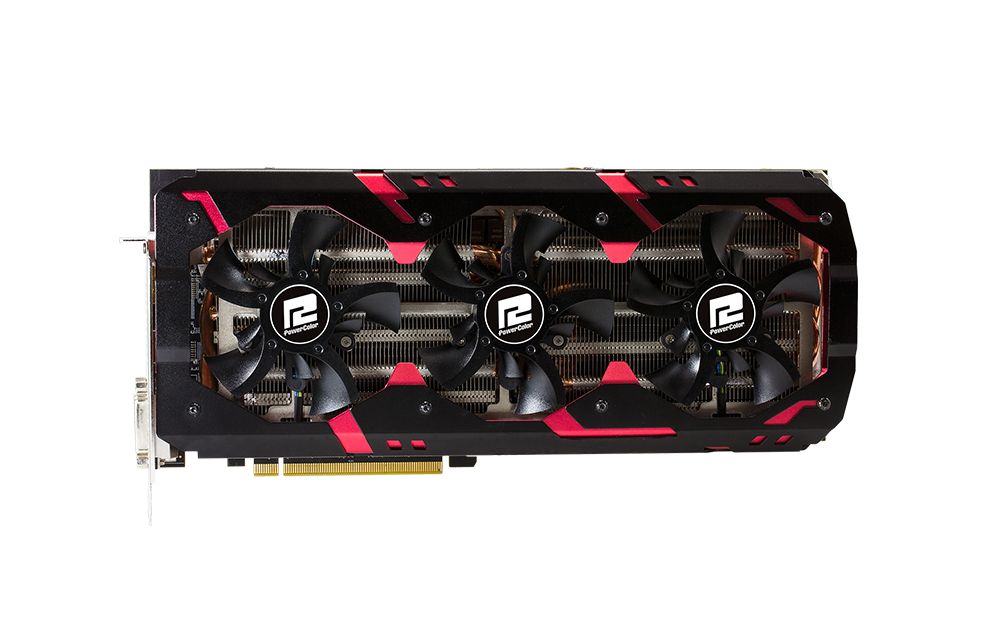 Last modified on 05 September 2015
Rate this item
(14 votes)
Tagged under
More in this category: « Titan cost $2000 claims Intel exec "Most DX12 games partnered with AMD" claimed »
back to top