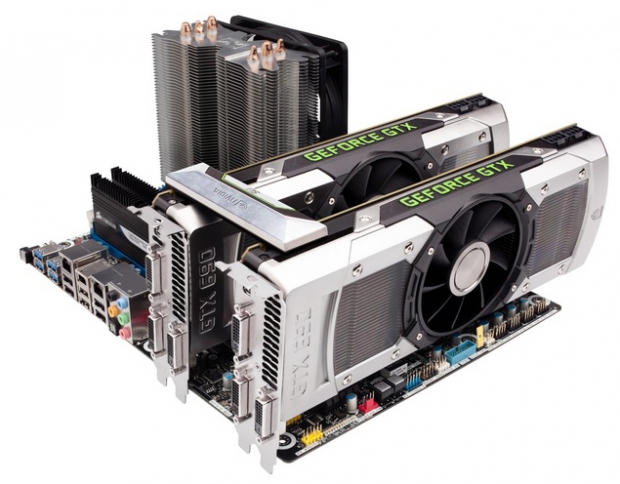 Next time you get to complain about the lack of SLI support or Crossfire support, you will have to remember this number.

According to our well informed industry insiders, there are only about 300,000 people who own SLI or Crossfire setups. This doesn’t sound like a big number at all, considering that the PC gaming market, according to Jon Peddie Research, is a $21.7 billion market. This number combines CPUs, motherboards, GPUs, Monitors, peripherals, SSD and everything else you need to play games on a PC.

It is hard to find the right numbers on how many GPUs Nvidia or AMD sell, but you would expect that SLI and Crossfire enthusiasts capture a bit more than 0.3 million.  This can also give you an idea that the GPUs we can so much about, including Geforce GTX Titan, Geforce GTX 980 TI or AMD Radeon Fury X are a tiny fraction of overall sales.

What we have been preaching for a while these 300K people really know what they are doing, most of them at least. These are usually super high end enthusiasts, spending a lot of time on forums, comment sections of tech websites. They are very opinionated and they are really passionate about who they support - AMD or Nvidia.

In case you are one of these 300,000 you should feel special, as not too many people spend $1,000 to $2,000 on two GPUs. In case the game supports it, and in case that the driver is there, there is no doubt that two cards are better than one. The big obstacle is that two cards e.g. Fury X usually cost twice as much as one Fury X card. The same logic applies to GTX 980 TI cards, and let's not forget that you also need a better PSU, chassis and so on.

Jon Peddie researchers are quite certain that the gaming market will grow from the existing $21.71 billion to $23.11 billion market by 2017, and with that we expect that the number of SLI and Crossfire setups will grow.

Innovations like G-Sync and FreeSync have definitely boosted monitor sales and many people want to get 3840x2160 aka 4K monitors or some curved or wide screen monitors to make their gaming better.

In case you own a mainstream card such as the Geforce GTX 760 / 960 or Radeon R9 280 / 380, don’t be sad, you are still better off than more than 50 percent of market that are stuck with Intel integrated graphics. According to a Steam survey, the most popular "graphics card" in the world is still Intel HD Graphics 4000.