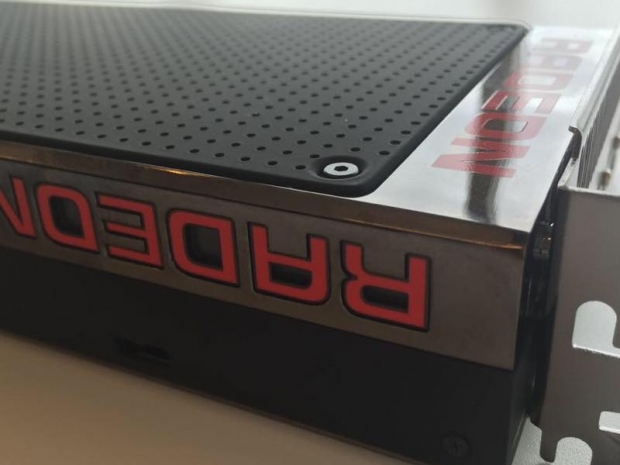 First teaser of the Fiji GPU based flagship

Johan Andersson, Technical Director on Frostbite Engine at Electronic Arts, has teased the first real picture of the upcoming AMD flagship graphics card based on the Fiji GPU.

While Johan did not specifically say that we are looking at Fiji-based flagship, he did comment on his Twitter account that "this new island is one seriously impressive and sweet GPU," and that it will be put to good use, most likely on Star Wars: Battlefront game which is developed on Frostbite 3 engine.

While the angle of the photo is just right so we can't see any important details regarding the new graphics card, it appears shorter than usual flagship graphics cards, as expected due to the use of High Bandwidth Memory (HBM).

AMD was certainly involved with this "leak" and we are quite sure we will hear more about it in the coming weeks as we draw closer to the rumored June 16th launch date.

Last modified on 22 May 2015
Rate this item
(16 votes)
Tagged under
More in this category: « Nvidia Geforce GTX 980 Ti allegedly detailed Could Colourful be the next Palit? »
back to top