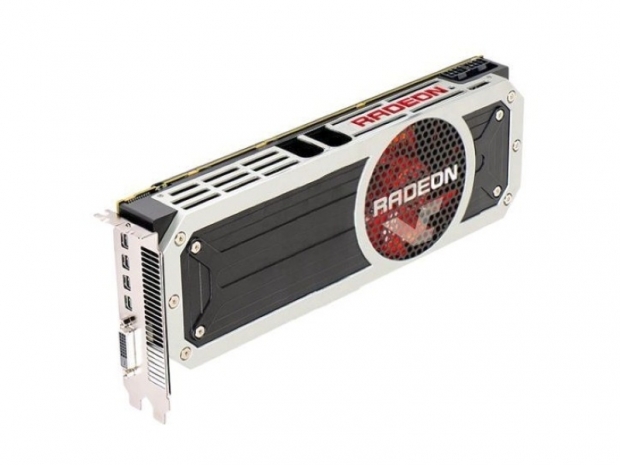 According to leaked slides

According to a new set of leaked slides, which show both the rumored specifications and performance of the upcoming Fiji XT-based Radeon R9 390X graphics card, it appears that AMD might have quite a performer on its hands.

While we already wrote that AMD Fiji GPU should end up faster than Nvidia's Maxwell-based GTX 980 graphics card and will feature 8GB of High-Bandwidth Memory (HBM). New leaked slides, coming from Videocardz.com, show detailed specifications as well as alleged performance when compared to the R9 290X graphics card.

Earlier rumors suggested that AMD might have both 8GB and 4GB HBM R9 390X graphics cards and leaked slides also suggest that there will be a special Water-Cooled Edition (WCE) version of the R9 390X. According to the specification slide, the R9 390X/WCE will pack 4096 Stream Processors, GPU clock of up to 1050MHz, compute performance of 8.6 TFLOPS and come with 8GB of HBM with 4096-bit memory interface and 1025Gbps memory clock. The standard R9 390X will need 6+8-pin PCI-Express power connectors while the WCE version will have dual 8-pin PCI-Express power connectors. 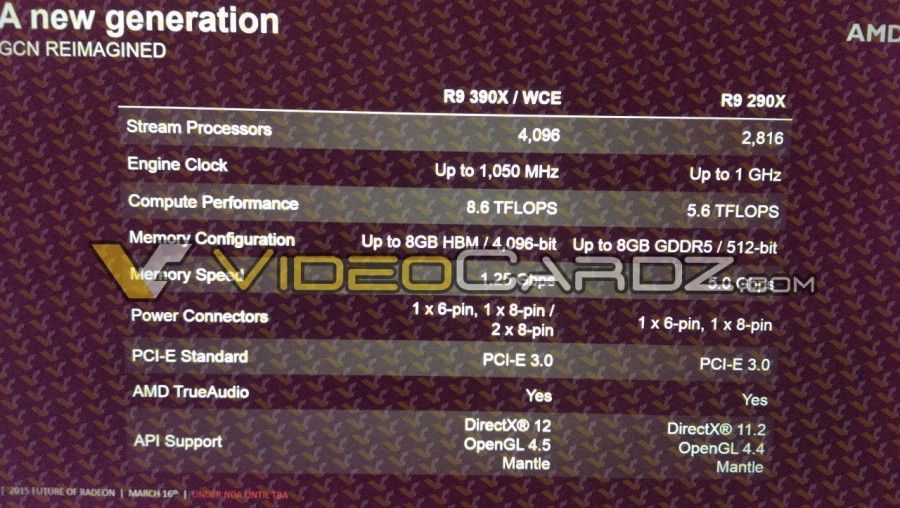 The leaked slide set also include a slide which details High-Bandwidth Memory (HBM) which AMD describes as "the next leap in video memory technology" with wide memory interface and high performance at low clock speeds. It also features increased power efficiency compared to DDR5 memory and also details HBM Gen2 which will eliminate the need for dual-link interposing and lead to memory bandwidth in excess of 1TB/s. 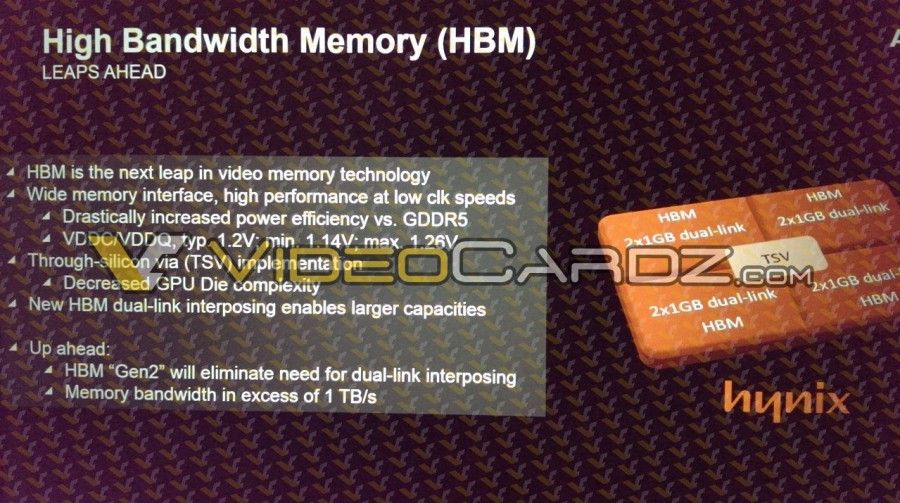 The performance slide shows the R9 390X, which is called the "king of the hill" by AMD, between 50 to 60 percent faster than the R9 290X in Battlefield 4, Far Cry 4, Tomb Raider and Alien Isolation games, all at 4K/UHD resolution. 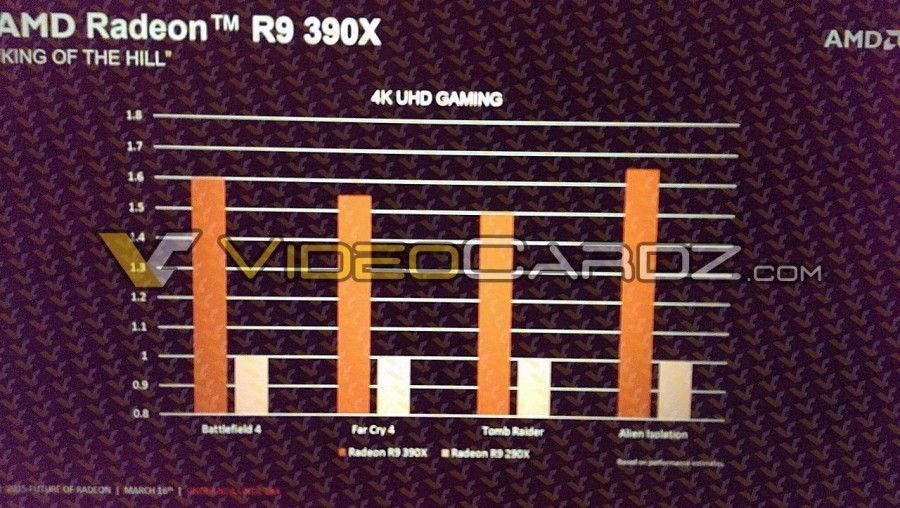 These performance numbers are pretty much in line with what we heard so far and while the R9 390X will end up faster than GTX 980. At press time, Nvidia was minutes away from launching its GTX Titan X, a graphics card that will push the envelope even further. While these look like AMD official slides, take them with a grain of salt as we are still far away from AMD's rumored early summer launch schedule.