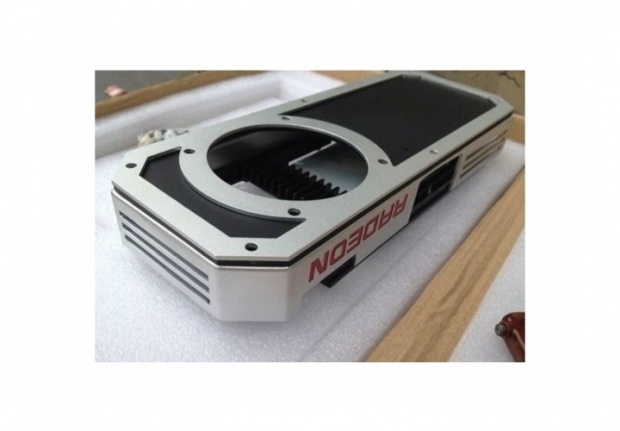 There have been plenty of rumors regarding AMD's upcoming R9 300 series and today we have a fresh set of leaks that not only talks about the Hawaii GPU refresh, but also puts all recent rumors and details in context.

AMD has already officially confirmed that it is putting finishing touches on Radeon R9 300 series and we have already seen some new GPU codenames, including Grenada, Trinidad and, of course, Fiji GPUs. According to the latest report coming from 3DCenter.org, the Grenada GPU will be a refined version of the well known Hawaii GPU, so it will be based on the same specifications, including 2,816 GCN 1.1 Stream Processorss, 176 TMUs, 64 ROPs and 4GB of GDDR5 memory on a 512-bit memory interface.

The new Grenada GPU will probably have some new features as well, and allow AMD to increase clock speeds that should allow it to better compete with Nvidia's GM204-based GTX 980 and GTX 970 graphics cards.

The rest of the details include a hint that the Tonga GPU, the part behind the Radeon R9 285 graphics card, could be the base for the Radeon R9 370 series. We already wrote last year that AMD had a design for the Tonga XT GPU, which packed 2,048 Stream Processors, 128 TMUs, 32 ROPS and 3GB of GDDR5 memory with a 384-bit memory interface. This GPU could be the one behind the new R9 370X and R9 370 graphics cards.

While these are all just refined GPUs, the real next generation GPU is Fiji, the one that should be a part of AMD's Radeon R9 390, R9 390X and the dual-GPU R9 390X2 cards, or whatever AMD decide to call them in the end. Earlier rumors suggested that the Fiji GPU will be based on GCN 1.3 architecture, have 4096 Stream Processors, 256 TMUs, 128 ROPs and be paired up with 4GB of High-Bandwidth Memory, that should offer 640GB/s of memory bandwidth and provide much better performance.

Of course, these are still just rumors and while AMD will surely launch at least some of the new 300-series graphics cards in Q2 2015, as confirmed by AMD's CEO Dr. Lisa Su during last the company's earnings call.