Although we are certain that many other manufacturers will be announcing similar designs quite soon, Gigabyte has managed to beat everyone to the punch with its new GTX 970 Mini-ITX graphics card, the GV-N970IXOC-4GD. 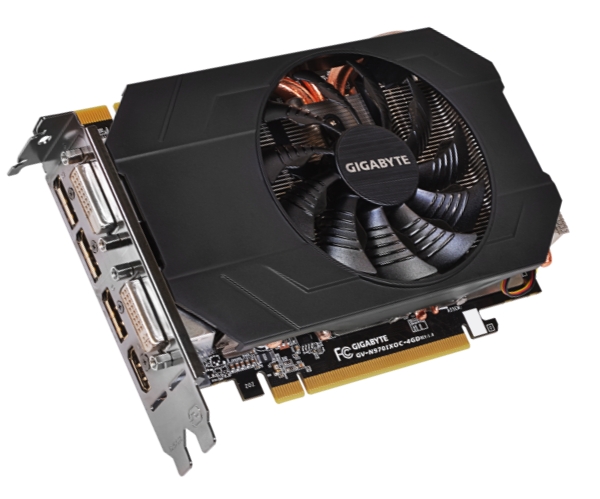 The Mini-ITX form-factor has become quite popular lately and packing a cut-down version of the GM204 Maxwell GPU into an ITX friendly form-factor is definitely an impressive feat of engineering. Thanks to its low 145W TDP and 1664 CUDA cores, the upcoming Gigabyte GTX 970 Mini-ITX will definitely be the most powerful graphics card in that particular niche.

Restricted by the 17cm long full-height PCB requirement, Gigabyte had to keep things simple so we are looking at a rather compact graphics card cooled by Gigabyte's own Windforce cooler with a single 100mm fan. The heatsink behind the fan features Gigabyte's own Triangle Cool heatsink design with two 8mm and one 5mm thick heatpipe. 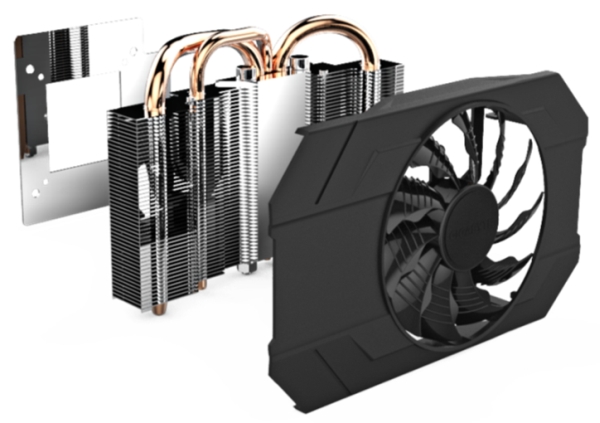 The new Gigabyte GTX 970 Mini-ITX needs a single 8-pin PCI-Express power connector and comes with factory-overclocked settings of 1076MHz base GPU clock and 1216MHz GPU Boost clock, while 4GB of GDDR5 memory remained at reference 7.0GHz. These are actually higher than reference 1051MHz base and 1178MHz GPU Boost clocks, which is definitely impressive.

Gigabyte also managed to retain all the display outputs, so the new GTX 970 Mini-ITX comes with two DVI ports, three DisplayPort 1.2 and a single HDMI 2.0 output.

According to Tomshardware.com, which spotted the new graphics card, Gigabyte will soon launch the GTX 970 Mini-ITX priced at US $329.99. 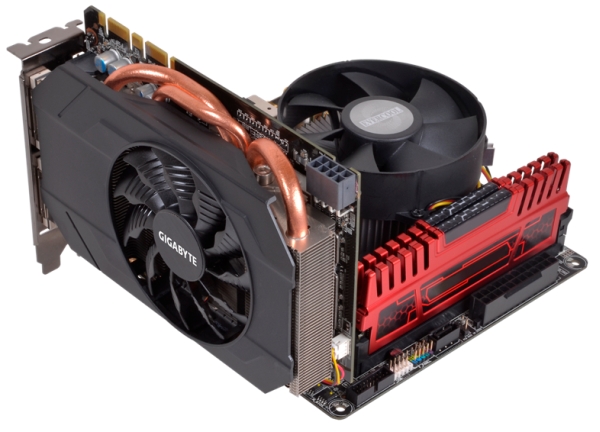