Can mirror Android or Windows on HDMI TV

We are amazed that years after the introduction of WiDi and Miracast there are just a handful of devices to support these standards and they usually cost more than you would want to spend for a cable replacement.

Chromecast was the only device that got a lot of attention, but then again Chromecast is limited to supported applications and it can mirror only a handful of devices, mostly Google Play store Android devices.

The Microsoft wireless display adapter supports most Miracast enabled devices, PCs and tablets and it only needs Windows 8.1 to run. It will run on Android 4.2 or newer to mirror Miracast and of course that it will support Nokia Windows phones, as well as most Windows and Android phones and tablets around. 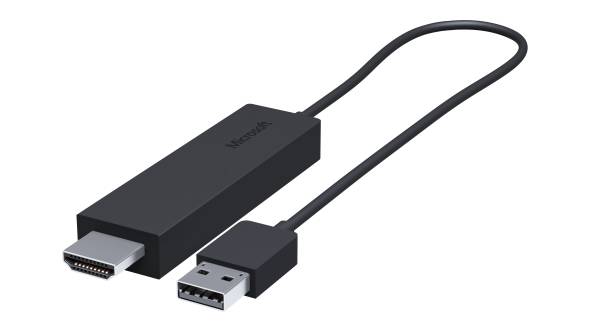 The HDMI stick comes with a rather short USB cable attached to it and it will work as long as your USB is within one feet of the HDMI port. Chromecast lets you use any micro USB cable. Microsoft could not get away from USB as the device needs power and there is no means of delivering enough power via HDMI, at least not for now.

The device is up for pre orders with October 31st 2014 as a possible shipping date. It won't be very cheap, as Microsoft plans to charge $59.99 + tax for it. We think that a cable replacement should cost less, but that’s just us.

Rate this item
(0 votes)
Tagged under
More in this category: « DisplayPort gets 4K video via USB Type-C AMD drops 290/290X Hawaii prices »
back to top