The Asus ROG ARES III With 8GB of memory

According to a fresh rumor coming from Chinese VR-Zone, Asus is working on a custom built dual-GPU Hawaii XT based ROG ARES III graphics card which should be ready in time for Computex 2014.

In case you missed them before, Asus launches custom dual-GPU graphics cards under the Mars and Ares names depending on whether they are based on Nvidia or AMD GPUs. Although these are usually somewhat slower than Crossfire or SLI solutions, they do have their own advantages as well.

According to Chinese VR-Zone, Asus is preparing the ROG ARES III graphics card which should be based on two fully enabled Hawaii XT GPUs. This means that we will be looking at a graphics card which will pack a total of 5632 Stream Processors, 352 TMUs and 128 ROPs, since the single Hawaii XT GPU feature 2816 Stream processors, 176 TMUs and 64 ROPs. It also could mean that the new ARES III will have a total of 8GB of GDDR5 memory (4GB per GPU) paired up with a dual 512-bit memory interface.

There have already been some rumors regarding AMD's reference dual-GPU graphics card based on two Hawaii GPUs, codename Vesuvius, which is expected in Q2 2014. Unfortunately, other than the codename, there have not been any solid information regarding the actual specifications of that card.

According to the same report, the Asus ROG ARES III will feature a custom PCB which is quite similar to the ROG ARES II graphics card which featured two Tahiti GPUs. 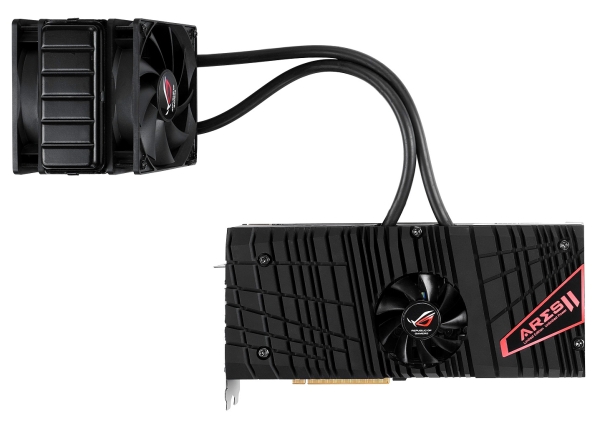