According to a report from Videocardz.com, it appears that Maxwell is a bit different than the Kepler GPU architecture when it comes to the number of CUDA cores per SMX, or in Maxwell's case, SMM. Apparently, all those GPU-Z readings were off, as a Maxwell SMM packs 128 CUDA cores unlike a Kepler SMX which packed 192 CUDA cores.

With this in mind, the upcoming GM107 will pack 5 SMMs with 128 CUDA cores per SMM, which adds up to a total of 640, which we will see on the upcoming GTX 750 Ti graphics card. The GTX 750 will have one SMM less for a total of 512 CUDA cores. As we wrote earlier, Maxwell will be all about power efficiency, and according to latest reports, should deliver twice the performance per Watt compared to Kepler. Apparently the GPU is quite small and die should be somewhere around 148mm2 and provides up to 30 percent higher density of CUDA cores per mm2 of die.

The GM107 GPU will have a TDP of 60W which means that it will not even touch the 75W provided by the PCI-Express power connector but some graphics cards will feature it due to stability and additional overclocking headroom.

According to Videocardz.com, 28nm Maxwell will be available as GM107 and GM108 GPUs while 20nm will be focused on higher end parts and will arrive at a later date. The Maxwell GPU will also bring larger L2 cache, will have improved workload balancing and compiler-based scheduling, has increased number of instructions per clock cycle, faster H.264 encoding with improved NVENC and new GC5 low sleep power state.

You can check out more info over at Videocardz.com. 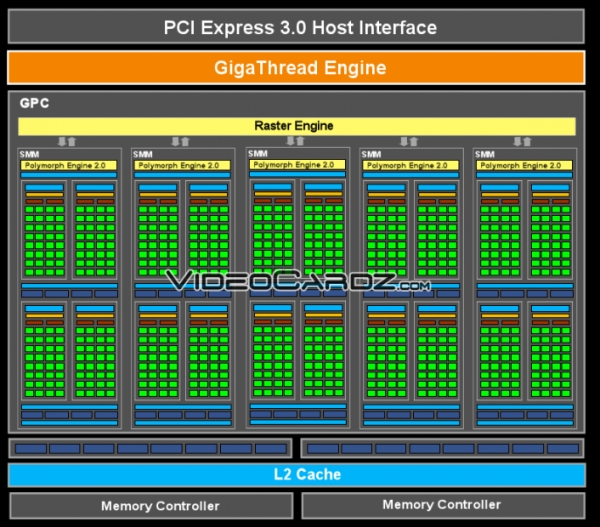