Although its new Mantle API was announced back at the Hawaii launch bash, AMD did not share too many details. As far as technology goes, Mantle is more or less straightforward, it’s a thin layer on top of GCN hardware.

The general idea is that Mantle could drastically reduce API overhead in certain scenarios, allowing developers to tap the full potential of GCN-based GPUs. One of the ways it does this is by batching draw calls, grabbing more polygons to render without placing much strain on the CPU.

It also allows developers to streamline games for optimum performance, by queuing and distributing threads on the CPU and GPU, thereby harnessing more computing power from both. This process could be improved upon with a bit of help from HSA, which means upcoming AMD APUs could gain a bit of gaming muscle with no added silicon.

Then there’s parallelism – Mantle can use multiple CPU cores more efficiently than DirectX and OpenGL, reducing CPU workloads. It gets even better with multi-GPU support, as Mantle can basically “see” multiple GCN-based GPUs as a single GPU, improving load balancing and eliminating microstuttering in the process. It’s also interesting from an APU perspective, as it could potentially lead to even greater performance gains for users with AMD APUs and discrete graphics, but we’ll just have to wait and see. 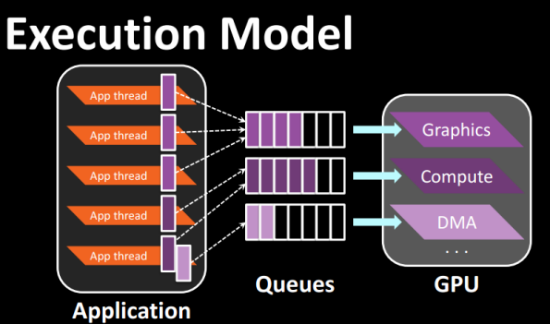 So how much of a performance boost are we looking at? Well AMD claims 20 to 50 percent, which sounds very impressive indeed, if not too optimistic - so we're probably looking at something closer to 20 percent. However, we’re still months away from seeing Mantle in action, which leads us to AMD’s next problem – adoption. Mantle support is coming to BF4 next month and it should give us an idea of what to expect. DICE says Mantle will be supported by no fewer than 15 Frostbite based games. Apart from DICE, AMD says it has a few other developers lined up.

The trouble is multi-vendor support. Oddly enough Frostbite head honcho Johan Andersson said Mantle is actually not tied to AMD’s GCN architecture and it’s forward compatible. This obviously means AMD’s post-GCN GPUs will support it, but it also means Nvidia could embrace it as well, as DICE claims “most Mantle functionality can be supported on today’s modern GPUs” – unless DICE thinks Nvidia doesn’t make modern GPUs, this more or less means Nvidia GPUs could support Mantle sometime in the future.