As we already reported here, AMD has optimized the RPM of the R9 290X cooler and it now targets 2200 RPM. Before we got the new driver, our press sample card was working at 2109 RPM maximum, with the Beta 8 driver. Now however, with the Beta 9 driver, it goes slightly faster to 2235 RPM. It keeps the 94 Celsius target and that didn’t change with the new driver.

The frequency fluctuations are much less pronounced with the new Beta 9 driver and as expected the average GPU clock is higher. Apart from that, we didn’t see much of a difference in terms of performance or operation, but we still recommend the driver update, as it turns out that some R9 290X batches are experiencing more issues with the old driver. Our sample is just fine.

Here are a couple of charts to illustrate the difference. 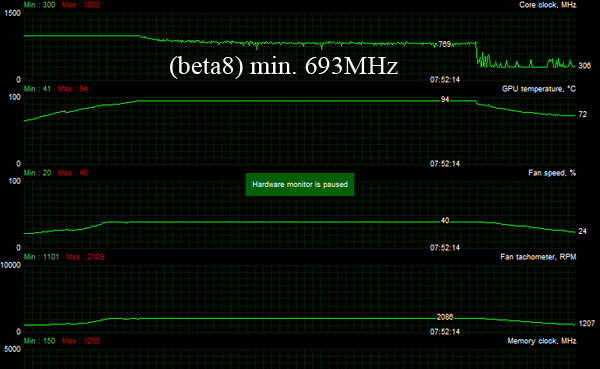 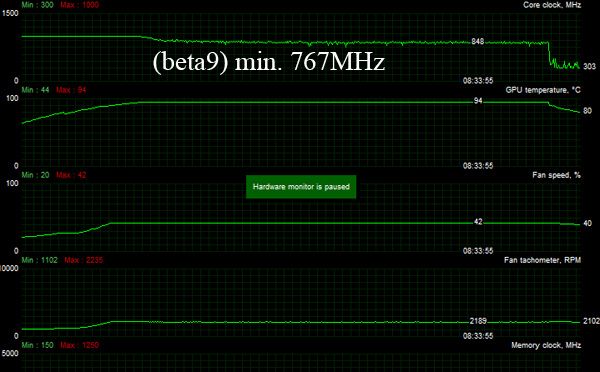 We are talking about normal gaming workloads and the data is recorded by Afterburner. It is evident that the GPU clock tends to be more stable with the Beta 9 driver and the fan speed in normal mode is about 2200RPM. Of course, this is the card’s quiet mode. We verified speeds with Afterburner.

In terms of noise, the fan is still a bit louder than the one used on the GTX 780 Ti. We hope that users who experienced performance issues with the R9 290X will give the new driver a go and report whether it helped. Like we said, we had no such issues, so we really can’t say whether the update will resolve them. 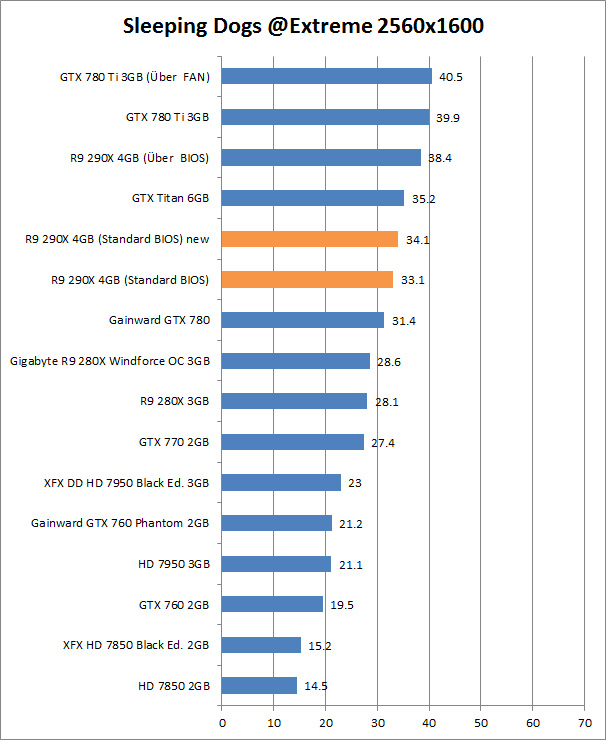 Last modified on 21 November 2013
Rate this item
(0 votes)
Tagged under
More in this category: « AMD ships public beta for next Catalyst New 3DMark coming on February 4th »
back to top