According to Nvidia, the GTX 780 Ti should launch and actually be available on November 7th with a suggested retail price of US $699.

Nvidia had a tough call with the GTX 780 Ti, a response to AMD's Radeon R9 290X, which will basically be faster than its own GTX Titan but significantly cheaper. Although the GTX Titan will still hold the performance crown in compute specific tests, the GTX 780 Ti will end up as the new gaming king. The specifications for the GTX 780 Ti are still just coming in the from of rumors, as Nvidia did not reveal any details officially, it is already clear that it will be faster than both the GTX Titan and AMD's Radeon R9 290X.

The price cut took the GTX 780 down from US $649 to US $499 leaving enough room for Nvidia to launch its new GTX 780 Ti but while most hoped we'll see it at US $649, Nvidia apparently feels more comfortable (and confident) with the US $699 price tag. This price tag makes the upcoming GTX 780 Ti around US $150 more expensive than the Radeon R9 290X and all we need now is to see if the performance justifies the $150 premium.

In any case we will not wait long to see it in action, as it is currently scheduled to launch in less than ten days. 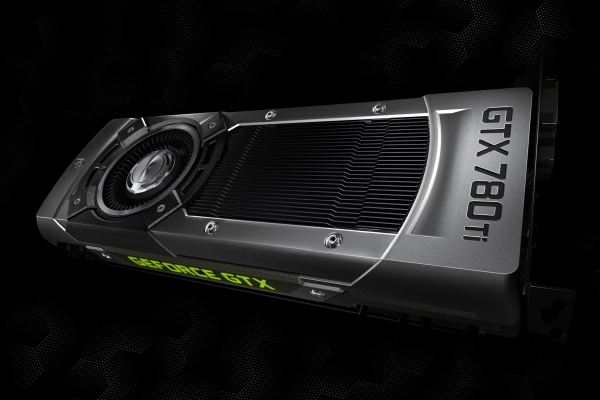 Last modified on 28 October 2013
Rate this item
(0 votes)
Tagged under
More in this category: « Nvidia officially drops GTX 780 and GTX 770 prices GeForce 331.65 driver brings Gamestream and Shadowplay »
back to top