Roundup: Flagship performance at US $999

Detailed earlier, the Radeon HD 7990 Malta packs two 28nm Tahiti GPUs based on AMD's GCN architecture for a total of 4096 stream processors (2048 per GPU), 256 TMUs, 64 ROPs and 384-bit memory interface for each GPU connected to a total of 6GB of GDDR5 memory. AMD did a great job in keeping the power requirements as the card actually "only" needs two 8-pin PCI-Express power connectors and ended up with impressive 950MHz base and 1000MHz Boost GPU clocks while memory ended up clocked at 6000MHz adding up to 288GB/s of memory bandwidth per GPU.

Since we are talking about a dual-GPU graphics card, AMD opted for a PLX PEX8747 48-lane PCI-Express 3.0 bridge chip in order to connect those two GPUs in Crossfire. The reference design is quite good and does not leave much room for custom solutions. It is pretty much what we had a chance to see from Nvidia's flagship offerings as it does a great job in keeping both GPUs well cooled at impressively low noise levels. In order to give as much value to the new graphics card, same as it did with its entire HD 7800/7900 series, AMD decided to bundle no less than eight free games, including Crysis 3, Far Cry 3 and Far Cry 3: Blood Dragon, Sleeping Dogs, Bioshock Infinite, Tomb Raider, Deus Ex: Human Revolution and Hitman Absolution.

As far as the performance goes, the AMD Radeon HD 7990 is unquestionably the fastest graphics card that money can buy, especially if you plan to do some gaming on higher resolutions. It wastes more power than the GTX 690, the main competitor from the green camp, but since we are talking about US $999 graphics cards here, talking about power consumption is pretty pointless. As it was the case with all previous graphics cards, the performance is a mix bag as it is good in some games and not so good in others.

AMD does have an upper hand over GTX 690 as it offers more memory per GPU, 3GB over 2GB, which will eventually become important and currently is in case you want to talk about extremely higher 4k resolutions and extreme multi-monitor setups. It pretty much has the same problem as the GTX 690 as you need to have proper Crossfire driver in order to see those impressive performance in any game.

On the other hand it undeniably offers more value than the GTX 690 due to the Never Settle bundle, a quite big thorn in Nvidia's eye. The bottom line is that AMD Radeon HD 7990 Malta is currently the fastest graphics card that money can buy and since it is a dual-GPU solution as it offers more value and better future investment than the GTX 690, especially for those with deeper pockets that are looking to game at 2560x1440 single/dual setups or even 4096x2160 ones.

It is pretty much a battle for bragging, i.e.  the graphics card throne, and according to various reviews around the net, AMD has won this round. 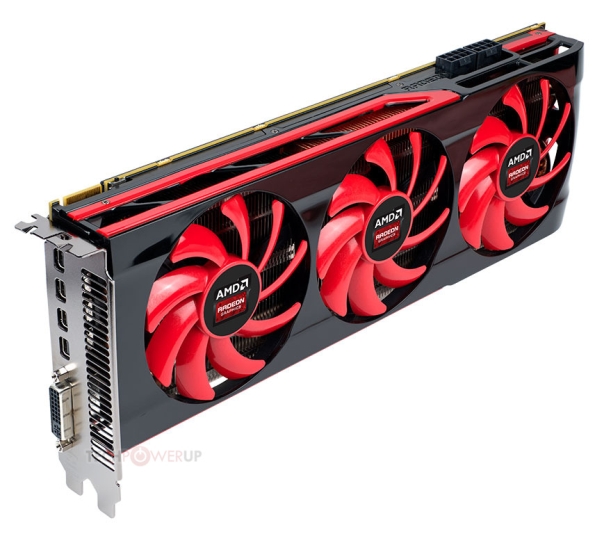