Sapphire has announced the latest addition to its HD 7000 series of graphics cards, the Sapphire HD 7790 2GB OC.

Based on the new 28nm Bonaire GPU, the card features 896 stream processors and now comes with 2GB of GDDR5 memory paired up with a 128-bit memory interface. Both the GPU and the memory will ship with factory overclock settings working at 1050MHz for the GPU and 1600MHz (6.4GHz effective) for those 2GB of GDDR5 memory.

Sapphire also decided to go with a new cooler design that uses a dual heatpipe system and single center placed aerofoil section fan assembly with dust repelling bearings. It also features a metal backplate that cools the memory chips on the backside of the PCB and also helps with PCB rigidity. Another novelty is a finned heatsink attached to the backplate that passes through the PCB and extends into the airflow from the fan thus effectively cooling even the back of the PCB and reducing memory temperatures by up to 13 C, according to Sapphire.

The rest of the specs include two DVI (DVI-I and DVI-D), HDMI and a single DisplayPort output, supporting up to four displays. As expected, the HD 7790 also comes with a voucher for a free copy of the Bioshock Infinite game.

According to Sapphire, the new Sapphire HD 7790 2GB OC should be already available. 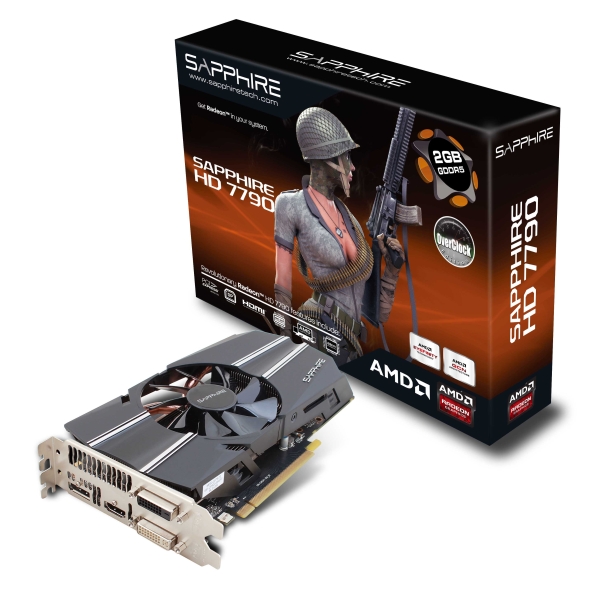 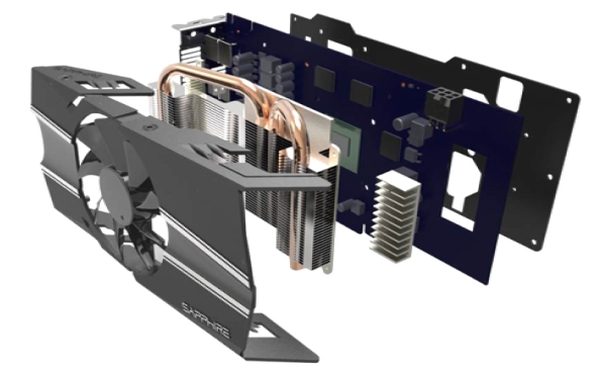 Last modified on 16 April 2013
Rate this item
(0 votes)
Tagged under
More in this category: « Nvidia to bundle Metro: Last Light with its GPUs AMD Radeon HD 7990 Malta shows up on eBay »
back to top