The Gaming Series is here

Following the launch of the Nvidia GTX 650 Ti Boost graphics card, MSI decided to launch a couple of SKUs including two versions cooled by famous Twin Frozr III cooler that will be a part of the new Gaming Series lineup.

Two standard GTX 650 Ti Boost graphics cards from MSI will be recognizable by a cooler that has a 100mm center placed fan and will be sold under N650Ti-2GD5 BE and N650Ti-2GD5/OC BE model names. The reference clocked one works at 980MHz (1033MHz boost) GPU clock and feature 2GB of GDDR5 memory clocked 6008MHz and it is paired up with a 192-bit memory interface. The OC version works at 1006MHz base and 1072MHz boost clock while the rest of the specs remains the same.

Earlier this month at Cebit, MSI announced the arrival of its new Gaming Series branded products that will include both graphics cards and motherboards. MSI decided that the GTX 650 Ti Boost is good enough to be a part of this series and has launched two models, both cooled by MSI's Twin Frozr III cooler. The N650Ti TF 2GD5 BE and the N650Ti TF 2GD5/OC BE both feature same cooler. The first one is reference clocked while the OC version works at 1033MHz base and 1098MHz boost clocks. 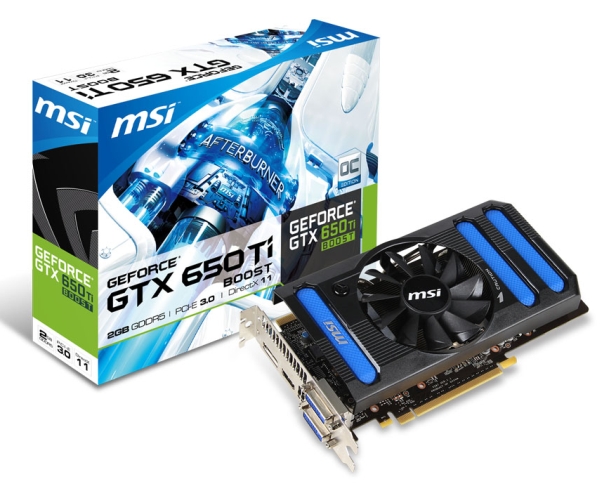 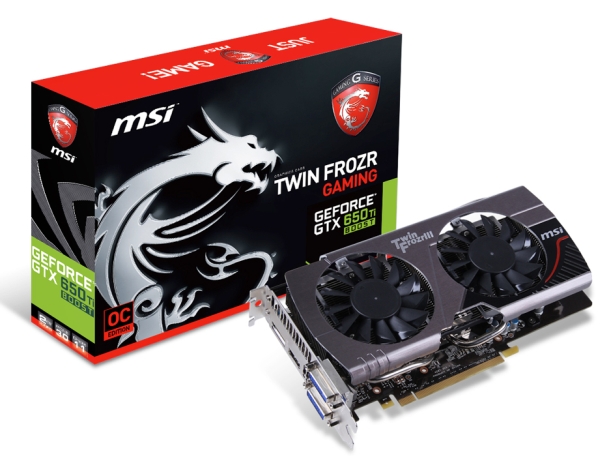