Single design with and without factory-overclock

MSI has offically announced its own HD 7790 graphics cards and decided to go for a single design that will be available with and without factory-overclock.

To be known as the MSI R7790-1GD5 and the MSI R7790-1GD5/OC, the cards feature a custom cooling solution with a single center-placed 10cm fan with Propeller Blade technology, dual heatpipes and an expanded heatsink.

The standard, MSI R7790-1GD5 works at reference 1000MHz for the GPU and 6000MHz for 1GB of GDDR5 memory paired up with a 128-bit memory interface, while the MSI R7790-1GD5/OC ended up with a slight GPU overclock to 1050MHz. Based on the Bonaire XT GPU, the cards feature 896 stream processors and both have DisplayPort, HDMI and two DVI outputs.

Both cards should be available pretty soon with a suggested price of around US $149.99 for the standard, reference clocked version. 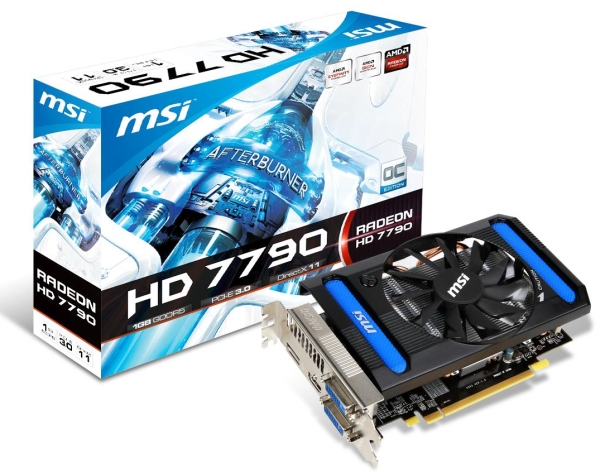 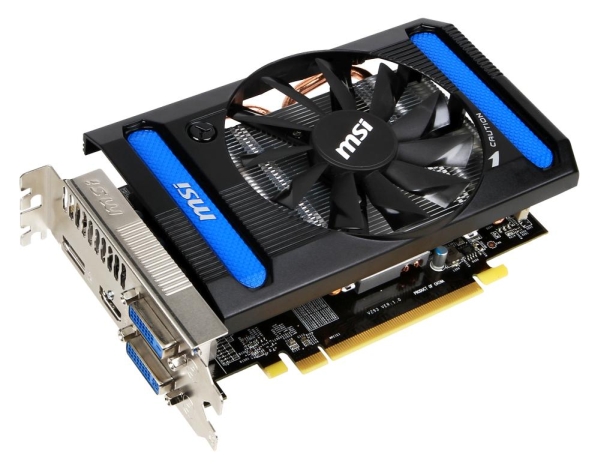