AMD has announced its newest addition to the FirePro professional graphics card lineup - the 28nm GCN based FirePro W600.

In addition to the previously introduced FirePro 2460, 2270, V7900 and V9800, FirePro W600 joins the multi-screen capable crowd that supports up to six high-resolution displays or projectors. In the case of FirePro W600, these six screens or projectors are connected via six mini-DisplayPort 1.2 outputs. The FirePro W600 features PCI-Express x16 3.0 interface and, with its TDP set at 75W, does not require additional power.

The new FirePro W600 graphics card is cooled by a single slot, slim-fan cooler. The actual price or availability have not been announced as of yet. You can check out more details over at AMD's product page here. 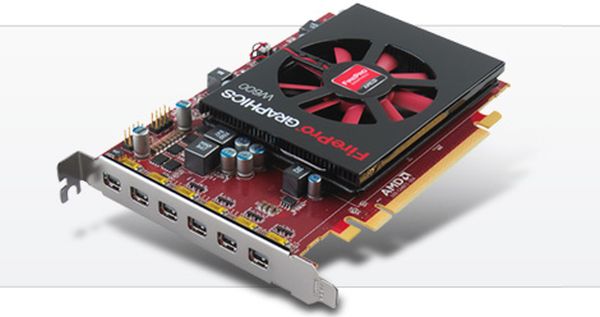 Last modified on 13 June 2012
Rate this item
(0 votes)
Tagged under
More in this category: « Macbook Pro gets Kepler inside Intel announces entry-level Ivy Bridge early »
back to top