Sapphire has added yet another graphics card to its already impressive Radeon HD 7000 series lineup based on the new Graphics Core Next architecture.

In order to keep the temps at bay, Sapphire resorted to its own Vapor-X dual-slot, dual-fan cooler that features vapor chamber cooling technology. The new Sapphire HD 7770 Vapor-X OC Edition features two DVI (DVI-I and DVI-D), HDMI 1.4a and DisplayPort outputs, with support for up to four monitors.

The card is already listed in Europe with a lowest price set at €134,49 and should be available as of next week. 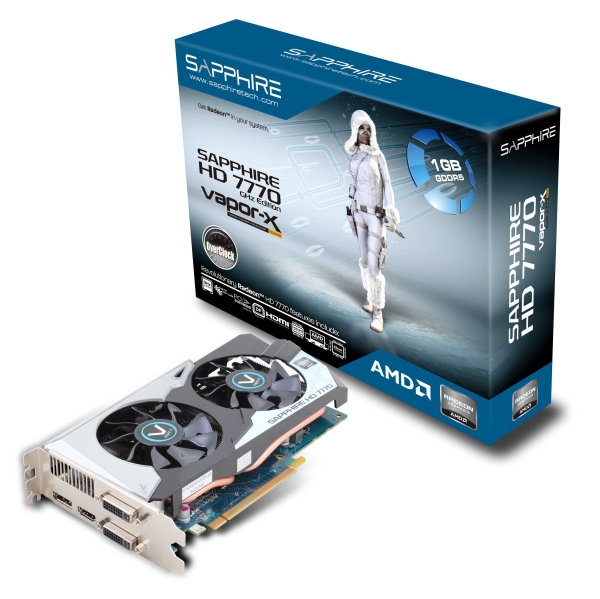 Last modified on 18 May 2012
Rate this item
(0 votes)
Tagged under
More in this category: « Nvidia preparing GTX 680M for Computex No overclocked GTX 690 at Computex »
back to top