VideoCardz.com site managed to score a picture of what appears to the reference GTX 670, a card that is expected to be launched together with the recently announced GTX 690 or plainly sometime early next month.

The card appears to come with Leadtek branding that we removed due to the NDA, but everything else looks a lot like the GTX 680. The design doesn't come as a surprise since the GTX 670 will feature the same GK104 Kepler GPU with one SMX less that adds to a total of 1344 CUDA cores.

The price is rumoured to be set at somewhere between US $399 and US $429, but as always, nothing is carved in stone and price is something that Nvidia can change easily. 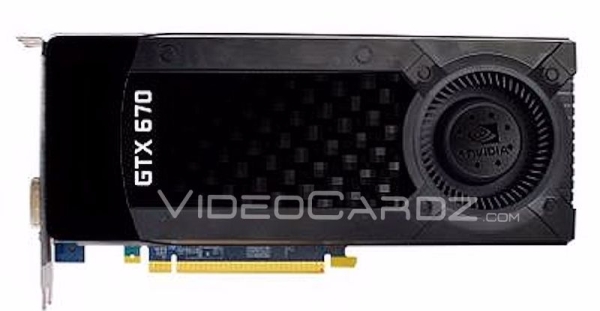 Last modified on 29 April 2012
Rate this item
(0 votes)
Tagged under
More in this category: « Nvidia officially unveils the GTX 690 Haswell 2013 graphics supports DirectX 11.1 »
back to top