Although the Sapphire Radeon HD 7970 Toxic with 6GB of memory has been seen and pixellized at Cebit 2012, OClab.ru site managed to actually get their hands on one, strip it down to its custom PCB for a photo session and even overclock it, just to see high can this puppy go.

Encased in glass at Cebit 2012 show, it was quite clear that details will be kept hidden but it looks like that Sapphire is finally ready to spill some details regarding its Radeon HD 7970 Toxic 6GB graphics card. The fully custom PCB and Sapphire's Vapor-X cooler were enough to get the card to 1150MHz for the GPU and 1500MHz (6GHz effective) for a total of 6GB of GDDR5 memory paired up with a 384-bit memory interface.

The custom PCB features uses 8+3-phase VRM with solid-state chokes and International Rectifier DirectFETs as well as two 8-pin PCI-Express power connectors in order to feed it enough power for additional overclocking. As noted, it has a total of 24 GDDR5 memory chips, 12 on each side of the PCB, and the back ones are covered with a backplate.

There will be a couple of neat features included with the new Toxic card including the VRM LEDs that will give a real-time load indication, as well as the dual-BIOS with fail safe option. The main feature is, of course, Sapphire's new Vapor-X dual-slot cooler. In addition to quite cool and impressive looks, the new Vapor-X should also be quite a performer as well with a hefty heatsink connected to the copper Vapor core via four 8mm nickel-plated copper heatpipes and cooled down by two 80mm fans.

OCLab.ru managed to overclock the card from its factory overclocked settings to 1300MHz for the GPU and 1900MHz (7.6GHz effective) for memory and do a quick 3DMark 11 performance bench where it scored P12463.

Unfortunately, details regarding the price or the actual official release are still unknown. You can check out the OCLab.ru Sapphire HD 7970 Toxic 6GB quick look here. (via Techpowerup) 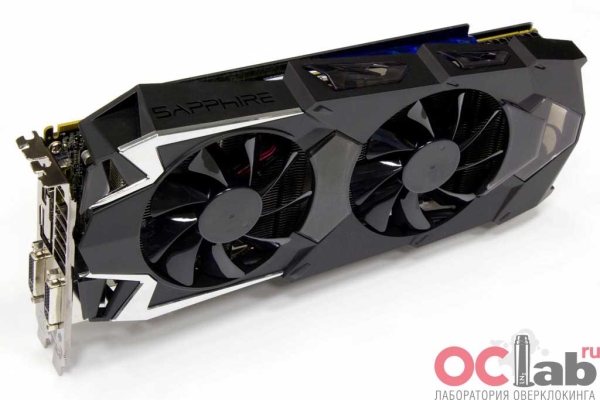 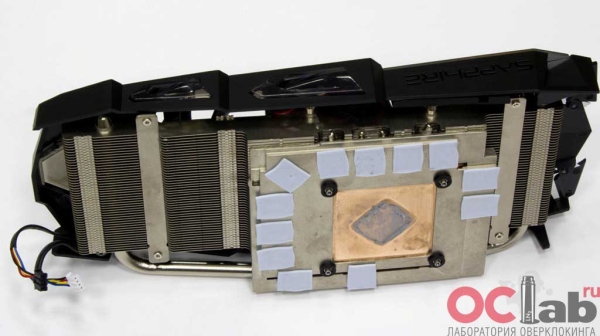 Last modified on 04 April 2012
Rate this item
(0 votes)
Tagged under
More in this category: « Nvidia silently rebadges two more OEM GPUs Rebadged GT 620 not for OEM only »
back to top