As we wrote yesterday, MSI has officially launched its crown jewel when it comes to graphics cards, the MSI Radeon HD 7970 Lightning.

Having more features than any card so far, the new MSI Radeon HD 7970 Lightning is, of course, based on AMD's 28nm GCN architecture Tahiti GPU that features 2048 stream processors packed in 32 GCN Compute Units, 32 ROPs and 128 Texture units. It features 3GB of GDDR5 memory coupled with a 384-bit memory interface.

The feature list kicks of with a custom PCB featuring 14+2+1-phase design, Military Class III components including Dark Solid Capacitors, Golden Solid State Chokes, Hi-c capacitors, Copper MOSFETs and much more. Another key overclocking feature is the MSI GPU Reactor, an add-on PCB located on the back of the card that provides higher power levels to the GPU and reduces ripple. According to MSI, the current is 88 percent higher with 13 percent lower ripple thanks to additional Tantalum capacitors located on this little add-on PCB. And it does look pretty good thanks to a couple of blue LEDs.

Cooling is done by MSI's fourth version of their, now quite famous, MSI TwinFrozr cooler. The cooler features two 10cm fans with propeller tech that increase airflow and even spin back in reverse for 30 seconds after power-up in order to get the dust out. Those two fans are paired up with a large aluminum heatsink connected to the copper GPU block via two 8mm and three 6mm nickel plated heatpipes. Under the main heatsink is located an additional plate that has a direct contact with memory and VRM as well as a backplate that keeps the rest of the components cool.

We mentioned a high overclocking potential and according to one of the first reviews over at Hardwareheaven.com, the card was more than happy to work at 1265MHz for the GPU and 1505MHz (6.02GHz effective) for memory, which is pretty much the highest overclocking result on an air-cooled HD 7970.

According to our info, the new MSI HD 7970 Lightning card is already shipping to retail/e-tail shops but the official RRP is yet to be seen, but we were told that it shouldn't be that much more expensive than the reference one. We'll surely keep an eye out for this one and report back as soon as it shows up in retail/e-tail.

You can check out the Hardwareheaven.com review here. 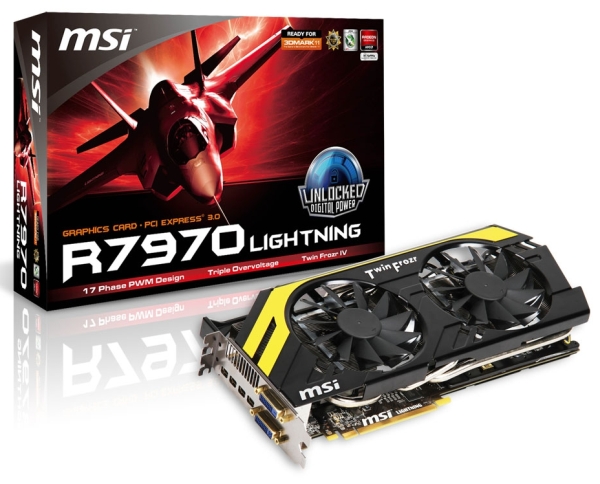 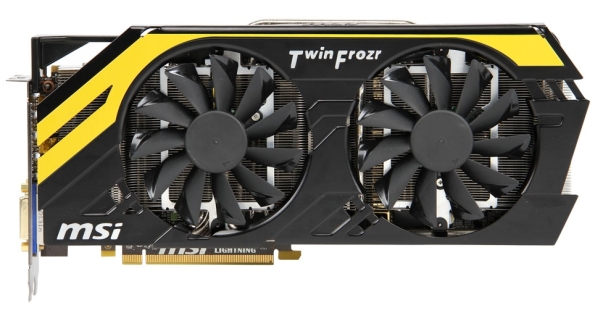 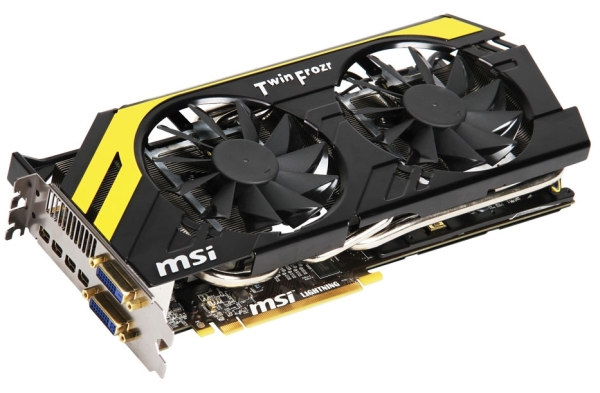 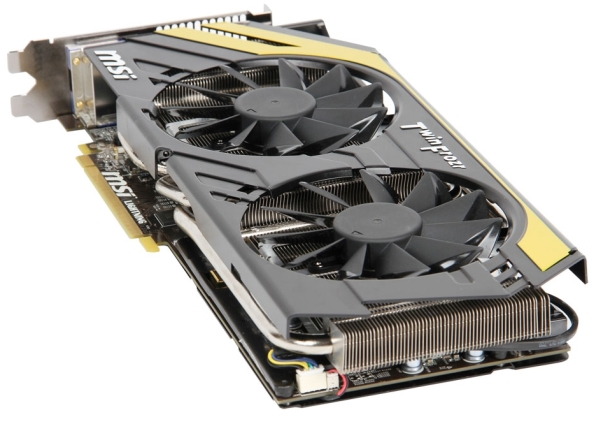