Sapphire has released a new HD 7970 card that will be a part of its OC Edition series and use Sapphire's in-house Dual-X cooler.

The new Sapphire HD 7970 OC Edition is based on AMD's 28nm GCN architecture Tahiti XT GPU and features 32 GCN Compute Units for a total of 2048 stream processors. The card works at factory overclocked 950MHz for the GPU and 1425MHz (5.7GHz effective) for 3GB of GDDR5 memory paired up with a 384-bit memory interface.

The Sapphire HD 7970 Dual-X OC Edition also features a Dual BIOS switch that gets the card to even higher 1GHz GPU and 1450MHz (5.8GHz effective) for memory. The second setting on the Dual BIOS switch turns on a more agressive fan profile and also raises the maximum overclocking limit.

The custom Dual-X cooler takes up two slots and features a large aluminum heatsink connected to the copper GPU block via five thick copper heatpipes. The heatsink is cooled by two, rather large fans.

As it was the case with all Radeon HD 7970 cards, this one also needs one 6-pin and one 8-pin PCI-Express power connector and features one DVI, HDMI and two mini-DisplayPort outputs.

The new Sapphire HD 7970 Dual-X OC Edition has already been reviewed over at Tweaktown.com. 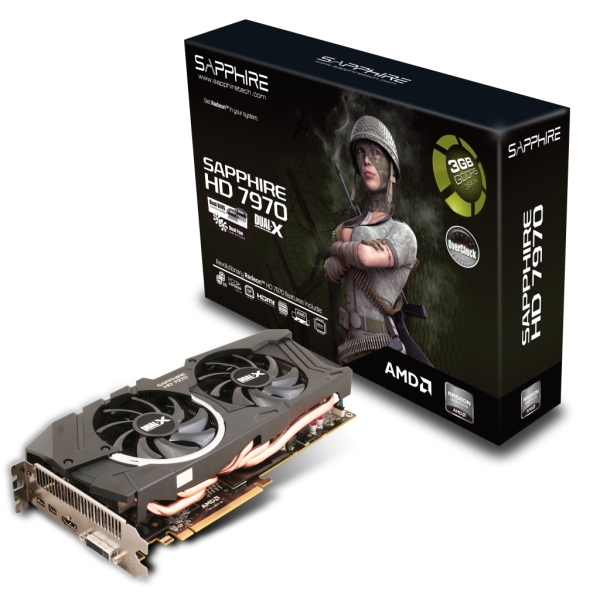 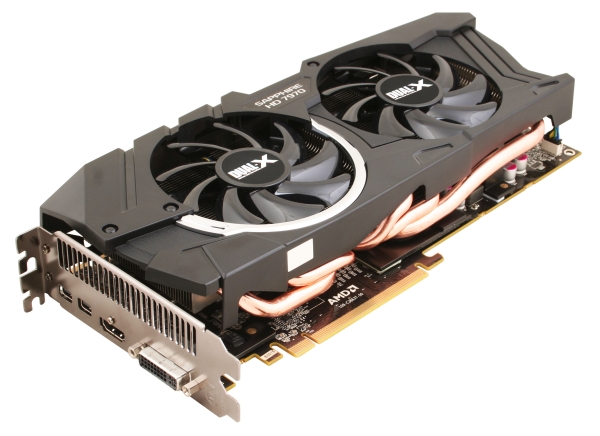 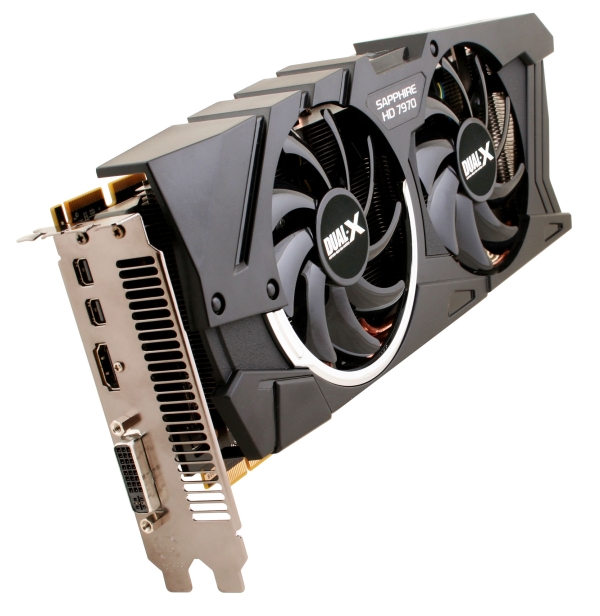