As far as specs go, both cards feature the same Nvidia GF114 GPU with 384 CUDA cores and work at 822MHz for the GPU, 1645MHz for shaders and features 2GB of GDDR5 memory clocked at 4008MB and paired up with a 256-bit memory interface. Both cards also feature the same CoolStream dual-slot cooler with two heatpipes and two fans, as well as the same two DVI and mini HDMI output configuration.

As you could have guessed from the name, the 15th anniversary GTX 560 Ti 2048MB Battlefield 3 Limited Edition will be bundled with a voucher for Battlefield 3.

The Battlefield 3 Edition of the new Club3D 2GB GTX 560 Ti should be avialable by the end of next week with a price set at €265/US$355 including VAT, while the plain one is planed to be available before Christmas with a recommended price set at €245/US$329 including VAT. 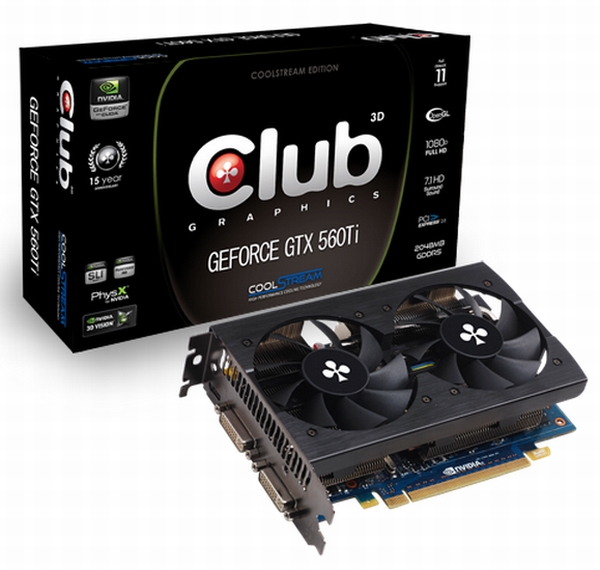 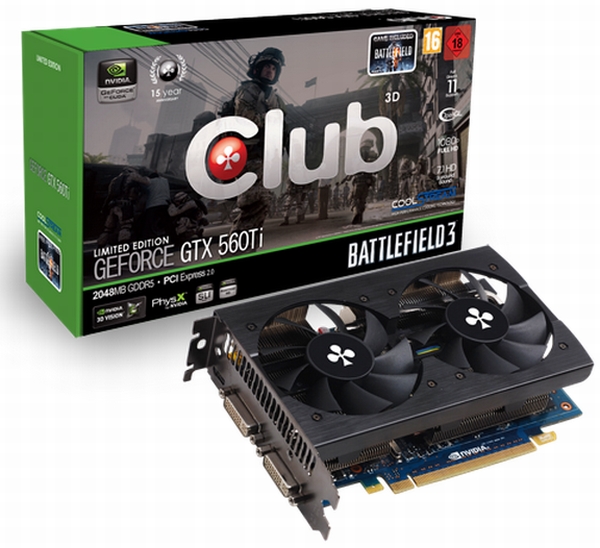 Last modified on 07 December 2011
Rate this item
(0 votes)
Tagged under
More in this category: « Mobile HD7000 parts tip up in HP, Asus notebooks EVGA GTX 680 Classified 4GB lands in our lab »
back to top