Point of View and its TGT overclocking team have rolled out two new Geforce GTX 570 cards, the GTX 570 2.5GB UltraCharged and the GTX 570 2.5GB Charged. Both cards use the same SuperSilent TwinFreezer fan with four heatpipes and factory overclocked settings.

The Geforce GTX 570 2.5GB Charged version ended up clocked at 772MHz for the GPU, 1544MHz for shaders and 3800MHz for the same amount of memory. As noted, both cards use the same dual slot SuperSilent TwinFreezer cooler that has four separate heatpipes. Both cards also feature two DVI, HDMI and Displayport ouputs.

POV/TGT also pointed out that these cards have additional overclocking headroom in case you want to brag about it. The cards should appear in retail/e-tail pretty soon but the price wasn't mentioned. 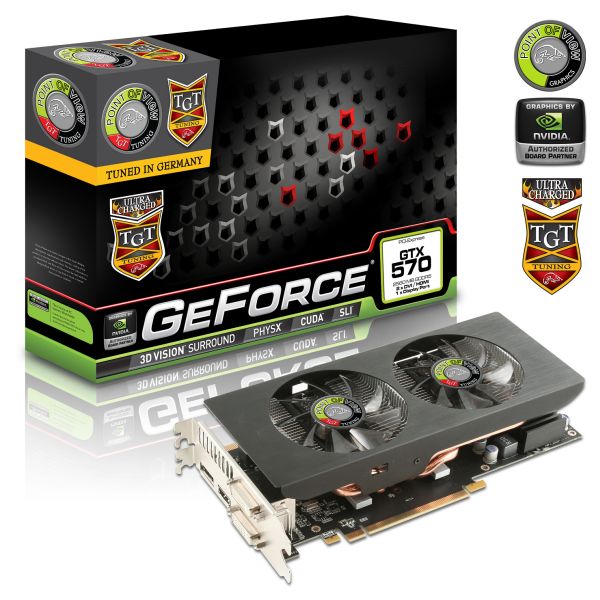