Ultra Charged and Charged with 3GB of memory

Point of View and its TGT Tuning team have updated their Geforce GTX 500 series lineup with two new GTX 580 factory overclocked cards with double the amount of memory, the GTX 580 3GB Ultra Charged and the GTX 580 3GB Charged.

Both cards are paired up with reference cooler so no surprises there. The new cards should hit retail pretty soon and will be around €70 to €80 more expensive when compared to the 1536MB GTX 580 versions. 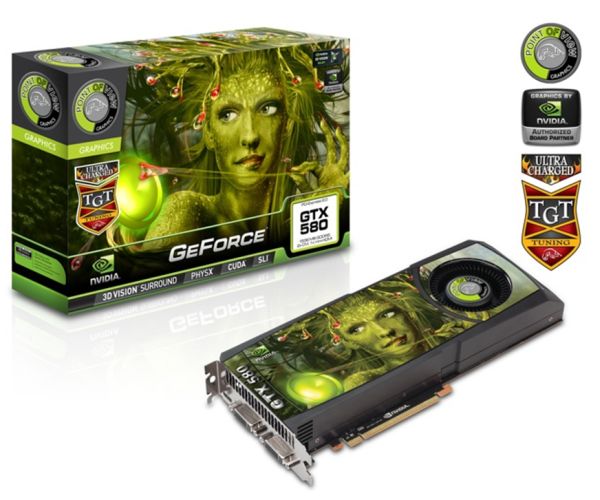