€159+, 900MHz clock, coming March 15
Nvidia’s soon-to-launch GTX 550 Ti has tipped up in several EU listings with a few more interesting specs revealed by careless retailers. In this particular case we are talking about a PNY reference board, part number GMGX55TN2H1IZPB.

The GTX 550 Ti is a mainstream card based on Nvidia’s GF116 core. Why Nvidia chose to use the GTX prefix for this particular card is anyone’s guess, but it does appear that it will replace some GTX 460 SKUs as well.

Bear in mind that early listings are notoriously unreliable in terms of specs, but here’s what all retailers seem to agree on. The GF116 packs 192 CUDA cores and 32 texture units. The reference core/shader clocks are 900MHz/1800MHz. It features 1GB of GDDR5 memory on a 128-bit bus clocked at 4100MHz. Max power consumption is rated at 110W. No surprises here, the specs are in line with earlier leaks and rumours.

Prices start at €159 and judging by the price, the card should compete with AMD’s HD 6870 series based on the Barts XT core. In addition, the GTX 550 Ti will even end up about 10 to 20 percent pricier than GTX 460 boards with 1GB of memory and, quite worryingly, it costs about twice as much as reference GTS 450 cards, based on the GF106 core. You can probably see where we are going with this.

Mind you, the refreshed GF116 offers significantly higher clocks than the GF106, but it still has the same number of shaders and transistors (1.17bn). The GTX 550 Ti will also feature 1GB of memory rather than 512MB found on the GTS 450, but it will use practically the same PCB. Clearly, someone at Nvidia believes that changing the GTS moniker into GTX and tweaking the clocks justifies a price increase of 100 percent. We beg to differ. 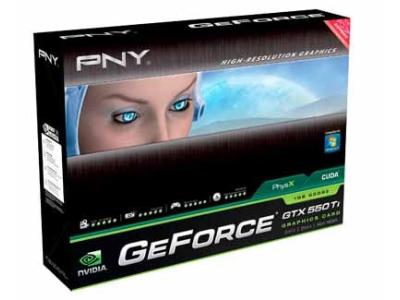 Rate this item
(19 votes)
Tagged under
More in this category: « Nvidia GTX 590 slated for mid March AMD Antilles pixellized »
back to top