Is it the final design?


The guys from pcinlife.com have managed to score pictures of what appears to be a reference design of the upcoming Nvidia GTX 580 card. Although the specs are still quite blurry, we managed to find out that Nvidia did improve the original GF100 design, as we wrote earlier.

There have been some previous rumours regarding the performance of the upcoming GTX 580 and most popular one is that this one should end up to be 20 percent faster than the GTX 480. Judging by the looks of the cooler, Nvidia appears to have done a pretty good job in tweaking the GPU, thus increasing the performance per watt. The cooler has a dual-slot design, blower fan and rear exhaust grill, something that worked quite well for Nvidia on last few cards.

Bear in mind that we are still talking about a card that is in its development stage, and the pixellized cooler might not end up to be a final design. In any case, the card is just around the corner and should come before AMD's Cayman based cards. You can find the original post here. 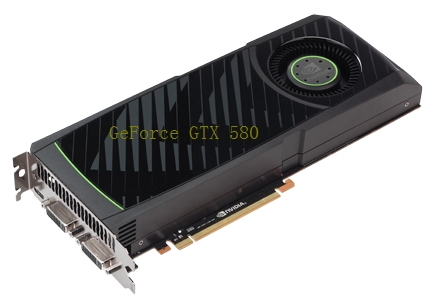 Last modified on 29 October 2010
Rate this item
(58 votes)
Tagged under
More in this category: « Galaxy shows its GTS 450 Hall of Fame card Nvidia driver lists new cards »
back to top