Still waiting for TGT
Point of View has followed up with its own version of the GTS 450 card. Altough it is a reference clocked card it does feature a non-reference cooler, but we are still waiting for the TGT branded cards that should have a hefty overclock at least according to what we had a chance to see back with the GTX 460.

Point of View GTS 450 is based on Nvidia's 40nm GF106 GPU, features the same 192 CUDA cores, 128-bit memory interface paired up with 1GB of GDDR5 memory and works at reference 783MHz for the GPU, 1566MHz for CUDA cores and 3608MHz for 1GB of GDDR5 memory. It still has a dual slot cooler, which is a whole lot different than the reference one. It has two DVI and one mini-HDMI output and uses a green PCB, possibly a reference one.

The card has already appeared in retail at around €120. 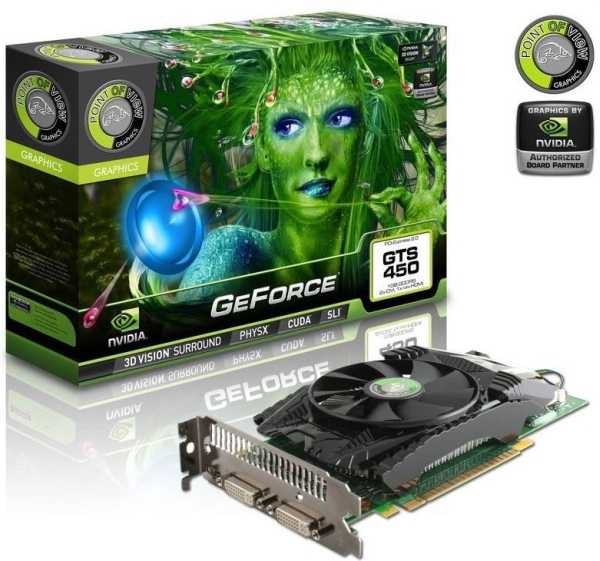 Last modified on 14 September 2010
Rate this item
(0 votes)
Tagged under
More in this category: « Nvidia releases Geforce 260.63 Beta drivers Havok does need 6 cores »
back to top