Another GTS 450 gets pixellized


Chinese company Manxman has leaked a photo of Nvidia's upcoming GTS 450 card and Donanimhaber.com was more than eager to share it with the world. The new Nvidia GTS 450 card should be announced on September 13th and as we already wrote, partners will be able to do their own designs from the day one.

The Manxman GTS 450 card uses a dual-slot cooler with center placed fan, while the GF106 GPU features 192 CUDA cores, GPU clocked at 789MHz, 1GB of memroy clocked at 3600MHz and paired up with a 128-bit memory interface. Those 192 CUDA cores ended up clocked at 1578MHz. As always, this on supports Nvidia's SLI, CUDA, PhysX, and PureVideo HD technology and will feature HDMI, and two DVI outputs.

The price of the card should end up at around US $130. You can find more here. 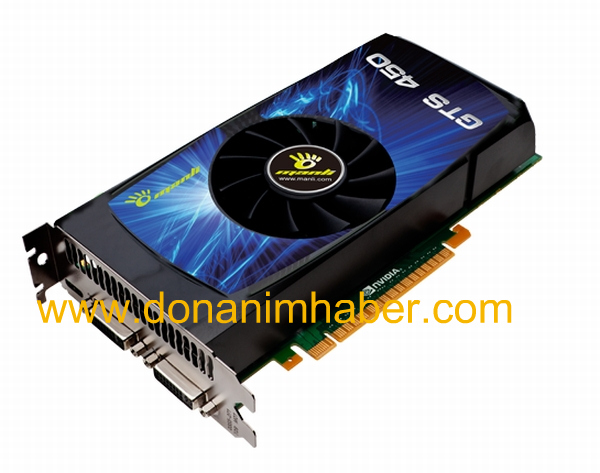 Last modified on 01 September 2010
Rate this item
(0 votes)
Tagged under
More in this category: « Colorful launches 900MHz GTX 460 Sparkle rolls out its new PCI-Express x1 cards »
back to top