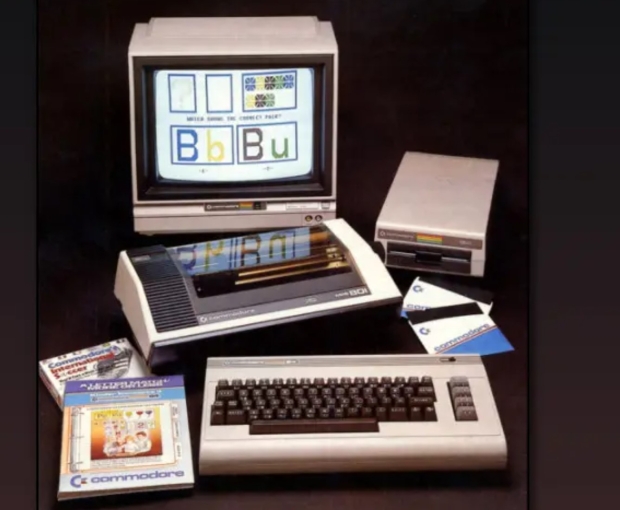 We are too old... we remember this

More than 40 years ago, and just a year after releasing the VIC-20, Commodore released its Commodore 64 computer which pretty much changed everything.

It had sound capabilities, sprite-based graphics, and a whopping 64 kilobytes (KB) of memory and a price tag which made Apple look cheap.  It was $595 which means nearly $2000 at today's prices. similarly-equipped machines were available from Atari, Apple, Radio Shack, and Texas Instruments.

At its heart was a MOS 6510 CPU which could manage a blistering 1 MHz. The Commodore 64 primarily competed against Atari 800 computer line, the TI-99/4A, the Apple II series, and to some extent, the IBM PC in the United States. In the UK, it faced off against the ZX Spectrum and the BBC Micro.

Most people with a Commodore 64 attached the computer to a TV set and many hours were wasted typing software in Commodore BASIC which would be saved on a cassette tape using the Commodore 1530 Datasette drive.

Although the Commodore 64 was a capable personal computer for productivity apps such as word processing and spreadsheets, its primary job was as a game console. The C64 came with two Atari-compatible joystick ports built in.

Personally, I found the Commodore 64 a little too clunky and the graphics too blocky compared to the Atari. My sister had a C64 and me and all my friends were on the Atari.