Parents getting worried about the rise of Huggy Wuggy 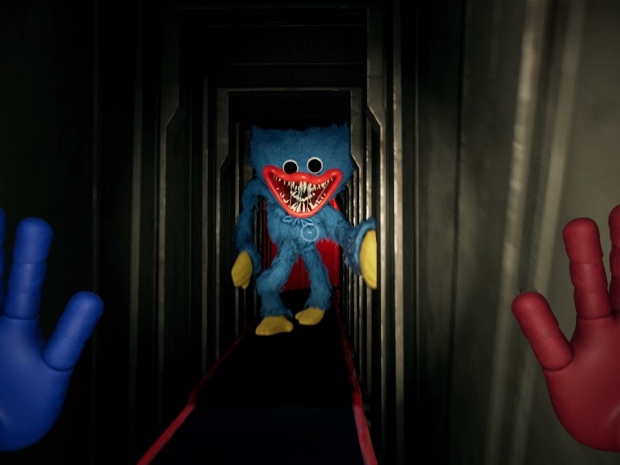 A rather nasty adult game which appears to be targeted at young children appears to have gotten child experts and karen mothers upset.

Huggy is terrifying monster from a popular horror game called Poppy’s Playtime. The game is for adults but for some reason young kids really like it. Huggy Wuggy has a gaping mouth filled with rows of spiky teeth and is the sort of thing that kids have nightmares about. The only problem is that they are not.

Content creators are taking advantage of his popularity; even off-brand Huggy Wuggy plushies are being sold to children, sometimes even as bedtime cuddly toys.

But child care experts are warning parents about the "deceiving character.” One UK principal, David Hegarty, wrote on Facebook:

"It has been brought to my attention that a character named 'Huggy Wuggy' is being viewed by our children online... The character can be easily viewed on YouTube channels and is a teddy bear with razor-sharp teeth that sings worrying songs about hugging and killing. In one of the videos, the bear asks the viewer to take their last breath. It is a very deceiving character, as hugs should be seen as something kind and loving."

Another UK-based principal, Justine Brown, claims that pupils are playing a Huggy Wuggy game on the playground, "hugging and whispering nasty things in the recipient's ear."

Some adults seem to believe that the character was created maliciously, with the intent to inspire real violence, with his name and toy-like appearance being a way to slip past the watchful eye of the algorithm and brainwash children. Sheesh with imaginations like that no wonder they are so terrified – the parents not the kids.

The character was originally designed to scare adults; his popularity with young children and subsequent spread online couldn’t have been predicted by the creators of Poppy’s Playtime. If parents are so worried about it why don’t they block it from their child’s phones rather than complaining to some state legislator asking it to do their job for them.

While the popularity of Huggy Wuggy is very real, children are not being brainwashed into acts of violence; the worst the creature can inspire is a bad dream.ž

Here is the song that goes with the game:

Last modified on 11 May 2022
Rate this item
(14 votes)
Tagged under
More in this category: « PS5 demand outstrips supply Apple to dump Lightning to please the EU »
back to top