Cyberpunk 2077 gets reviewed, pushes hardware to its limits 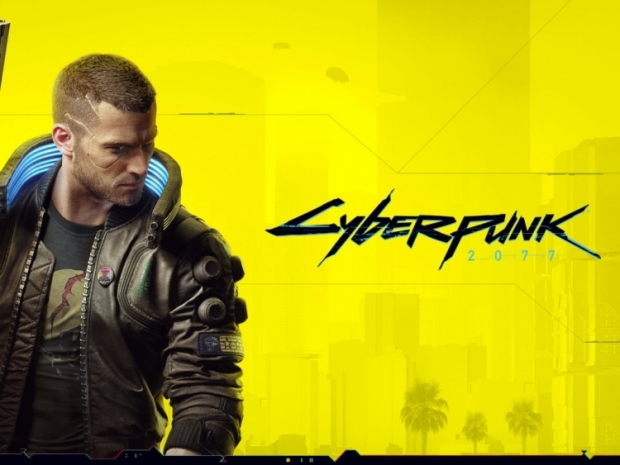 Gets a launch trailer as well

As we draw closer to the official December 10th launch date for CD Projekt Red's upcoming Cyberpunk 2077 RPG game, we've seen the first reviews, performance details, and more, as well as the official launch trailer for the game.

With the CDPR's Cyberpunk 2077 RPG game scheduled to launch on December 10th, on both PC, Playstation 4, Xbox One, and Stadia, we now have some of the first reviews as well as performance details.

Reviews are mostly positive but the game is buggy

There are plenty of reviews that have gone up today, and it holds a solid 91 metascore at Metacritic.com, which is impressive, but it is not all well in the land of AAA games, as the game is buggy, despite a couple of delays. Gamespot.com gave it a 70 score, with a lot of positives, but citing technical issues, and some issues with the main story, and more.

Venturebeat's GamesBeat was even more harsh, giving it a 60 score, describing it as the big-budget game that simply looks good but does not live up to the hype, putting the looks ahead of the story and the game itself.

You can check out the review list over at Metacritic.com.

Cyberpunk 2077 pushes hardware to the extreme

Tomshardware.com had managed to test the game with the most recent GPUs, as spotted by Videocardz.com, and it appears that the game is actually CPU limited at 1080p and 1440p resolution, with most cards hitting the 108FPS limit. At low resolutions, AMD RX 6800 XT holds the top of the chart but at higher resolutions, Nvidia GPUs hold the throne.

The game does support ray tracing as well as Nvidia DLSS, so high-end Nvidia Geforce RTX cards should get the best possible eye-candy in the game.

As tested by Tomshardware.com, even the all mighty RTX 3090 with 24GB of GDDR6X VRAM just manages to pull an average of 46 FPS at 4K/UHD and Ultra Settings 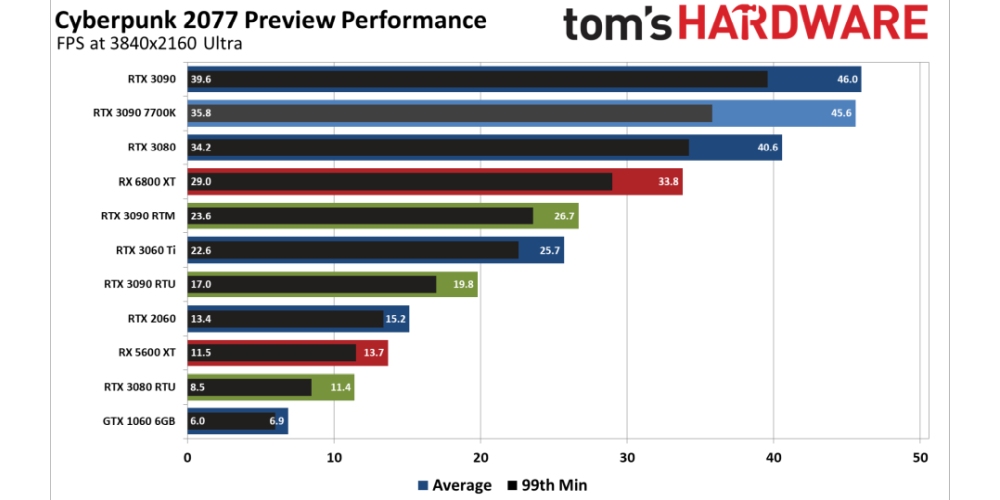 You can check out full details over at Tomshardware.com, with more resolutions, settings, CPUs, and graphics cards.

CD Projekt Red has released the new official launch trailer for Cyberpunk 2077, which dives into the world and the story of the game, in case you missed it earlier.

As noted, Cyberpunk 2077 releases December 10th, 2020, for the PC, the Xbox One, the PlayStation 4 and Stadia. The game will also be playable on Xbox Series X|S and PlayStation 5 consoles at a later date and as a free upgrade to those that bought it for Playstation 4 or Xbox One.

Hopefully, CD Projekt Red will be able to work out the bugs on the PC soon, and we'll see an improvement in performance as both Nvidia and AMD update their drivers at a later date.

Last modified on 09 December 2020
Rate this item
(0 votes)
Tagged under
More in this category: « Gaming is good for you GameStop staff stressed out by console shipments »
back to top