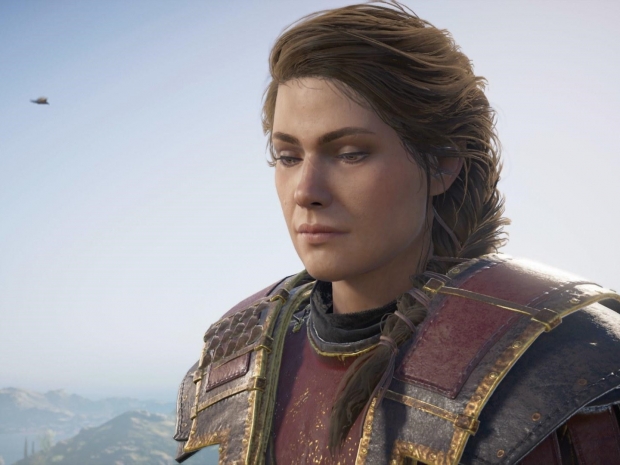 Concerns about a decade of management

Ubisoft Entertainment which was founded by the Guillemot family is at the centre of a sexual misconduct scandal.

The outfit which bought the world Assassin’s Creed and Far Cry faces complaints by more than a dozen people who made public claims of sexual harassment and abuse against employees of Ubisoft over the past few weeks.

In some instances, Ubisoft took action, but for the most part, complaints were ignored, mishandled, or undermined by an HR department which kept the abusers in place

According to Bloomberg Businessweek, many employees detailed an atmosphere that was hostile toward women, often describing the Paris headquarters as a frat house.

Staff openly made misogynist or racist comments across the publisher’s various offices, and senior executives took part and escalated the misconduct in the form of inappropriate touching or other sexual advances, current and former employees say.

This week Chief Executive Officer Yves Guillemot has promised extensive changes and has taken steps that many staff once saw as unlikely.

This includes the ousters of Serge Hascoët, chief creative officer and a close friend of Guillemot’s for decades, and the heads of HR and the Canadian studios.

“Ubisoft has fallen short in its obligation to guarantee a safe and inclusive workplace environment for its employees. This is unacceptable, as toxic behaviors are in direct contrast to values on which I have never compromised—and never will. I am committed to implementing profound changes across the company to improve and strengthen our workplace culture.”

Ubisoft’s image as a family business was a source of inspiration for many employees over the years. But others say the dynamic facilitated a culture in which longtime staff, especially Hascoët and his team, were given agency to misbehave.

Hascoët was long seen as a permanent fixture of the company, despite allegations that he demeaned female subordinates and surrounded himself with men accused of predatory behavior.

Hascoët was portrayed as eccentric or sometimes with less charitable descriptions, according to seven current or former employees. During presentations he would bang his head against the table, a sign that he was bored or unhappy. He was infamous for growling during meetings or while passing in the hallway.

Three women who worked at Ubisoft say they’d been warned not to go out drinking with Hascoët and his crew. He sometimes held business meetings at strip clubs, a habit that his deputies began to adopt, say the employees. Those who didn’t go saw their careers suffer with Hascoët promoting strip club buddies to creative directors.

Once during a meeting he played a song describing sexually explicit acts with a woman who has the same name as a meeting presenter and hitting pause when she walked back into the room.

On July 10 the French newspaper Libération reported that Hascoët had allegedly made sexually explicit comments to staff, pushed subordinates to drink excessively, and gave colleagues cakes containing marijuana without their knowledge.

But it is pretty clear he was not the only one with “issues” and such types were helped out by friendly HR people. Male managers were making sexist comments to female employees only to be told by HR to "talk it out with them".

The Toronto office was especially problematic, six current or former employees there say. The studio was run by Maxime Béland, his wife, Rima Brek, and another husband and wife management team. Brek served for a time as interim director of HR, the people there say. Two women who reported incidents to Brek and other HR representatives in Toronto say they felt ostracised afterward and were labeled as troublemakers.

Béland was a trusted lieutenant of the creative chief. He was also known for his quick temper and a tendency to scream at subordinates during meetings. Two have said they saw Béland touch women inappropriately at holiday parties and other work events. Béland was accused of choking an employee at a party, as you do.

Another one of Hascoët’s chums was Tommy François, a 13-year veteran of Ubisoft, openly flirted with subordinates, made homophobic jokes, and performed unwanted massages, say 10 people who witnessed or were the subjects of his alleged abuses. A woman who worked at headquarters says she faced repeated harassment there. Colleagues sent her sexually explicit messages, including pornographic videos, she says.

François, who was several levels above her on the organisational chart, asked her out for a drink four or five times, and she refused each invitation, she says. Later she was told she would have to move to an Ubisoft studio in a different country. She did, and says she was frequently told there “you can’t be a producer—you’re a woman”. Less than a year after relocating, she quit.

It also interfered with the games. Hascoët openly hated linear storytelling and cut scenes, the interstitial videos that exist between gameplay to advance the narrative. The writers had to find ways to keep his attention, and often that involved installing a strong male lead, the employees say.

Then Hascoët lost his mojo. The Division 2, an online game that failed to meet sales expectations despite critical acclaim, and Ghost Recon Breakpoint, a tactical shooter that was widely panned.

The company overhauled the editorial department, elevating seven vice presidents reporting to Hascoët. The goal was to distribute Hascoët’s power and diversify the games, employees say. All seven vice presidents were men. Béland and François were among those promoted, despite a history of misconduct complaints.

Then there was the rise of the MeToo movement in the gaming industry and Béland and François were among the first men named on Twitter.

Now it had gone public, Ubisoft moved quickly in late June to place the executives on administrative leave, along with several other employees publicly accused of wrongdoing. Béland has since left the company, according to Ubisoft. François’s employment status is unclear.

In emails to staff, Yves Guillemot promised big changes. He said the company would hire a consulting firm to audit and revise HR policies. “As we collectively embark on a path leading to a better Ubisoft, it is my expectation that leaders across the company manage their teams with the utmost respect”, he said in a statement. “I also expect them to work to drive the change we need, always thinking of what is best for Ubisoft and all its employees.”

Last modified on 23 July 2020
Rate this item
(0 votes)
Tagged under
More in this category: « Microsoft culls its Xbox One X and Xbox One S All-Digital Edition Star Citizen still to come up with a roadmap for its roadmap »
back to top