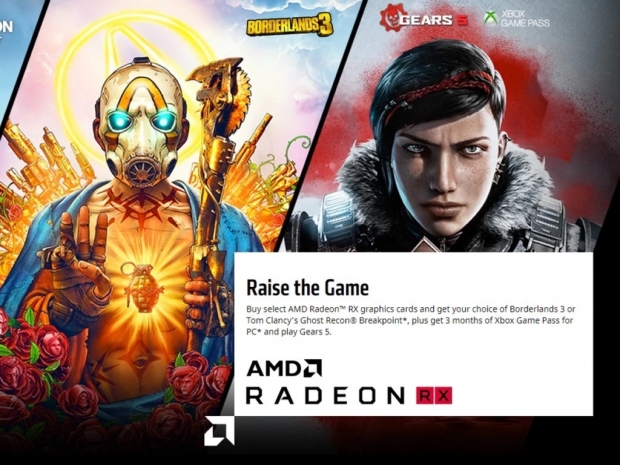 A new upcoming Raise the Game bundle from AMD has been leaked by a retailer, and it appears that AMD will be focusing on Radeon RX 5500 XT, rather than the RX 5600 XT.

The earlier Raise the Game bundle ended on January 27th, and it was just a matter of time before AMD started a new promotional campaign, and it appears that the next one will focus on Radeon RX 5500 XT, offering up to three games and earlier available three month Xbox Game Pass membership.

The bundle, leaked by FirecePC retailer, includes four games, Monster Hunter World: Iceborne, Ghost Recon: Breakpoint, Resident Evil 3 and Warcraft III Reforged, as well as 3-months of Xbox Game Pass which has some pretty good games as well, like Metro Exodus, Gears of War, and others.

As can be seen from the leaked slide shared by Videocardz.com, there is no Radeon RX 5600 XT on the list, which is a surprise, but hopefully, AMD might update the bundle before it launches. 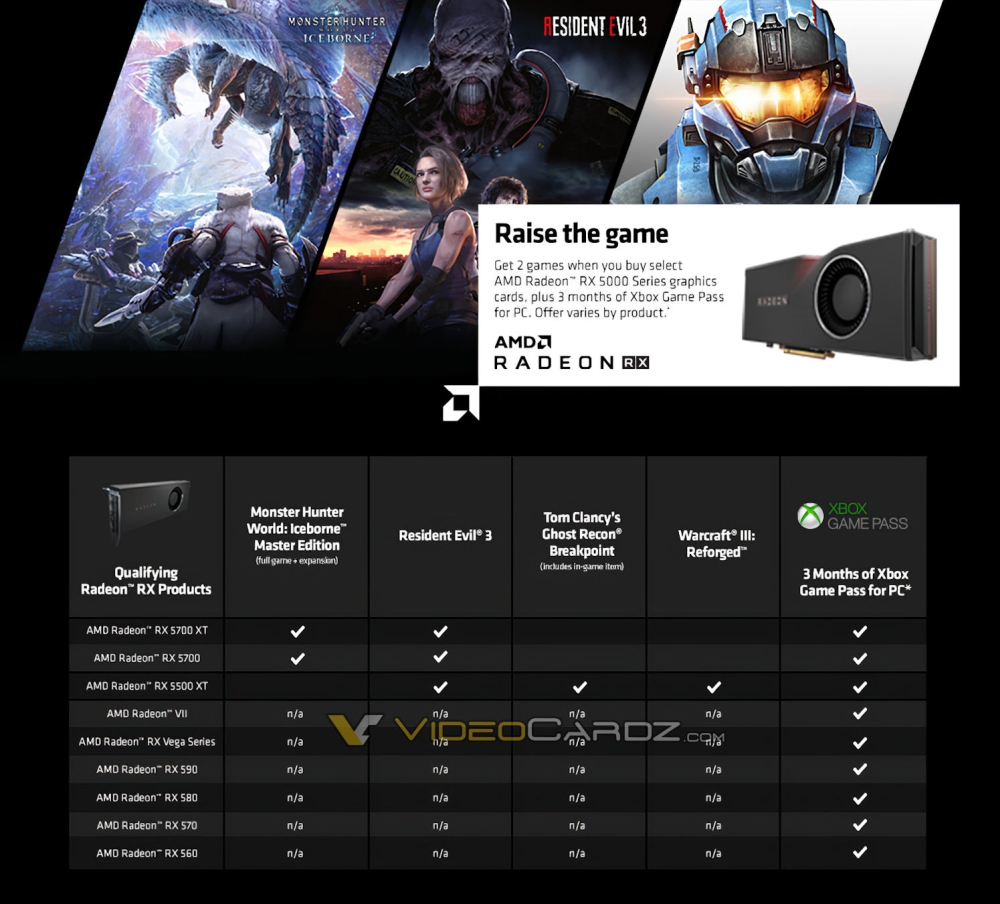 Last modified on 31 January 2020
Rate this item
(1 Vote)
Tagged under
More in this category: « Electronic Arts forcasts lower than expected revenue Wizards of the Coast forms new gaming studio »
back to top