Microsoft and Sony team up to fight Google 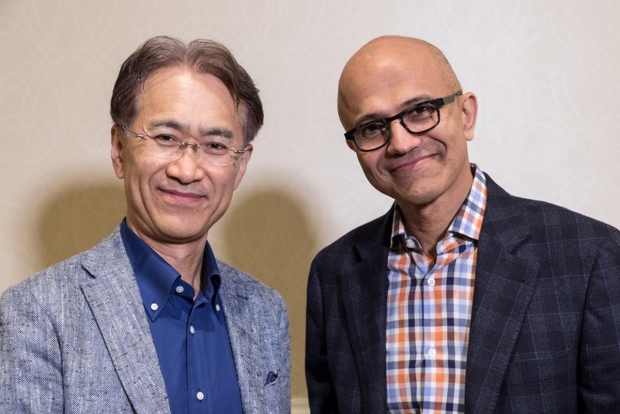 Software king of the world Microsoft and Sony are partnering on cloud-based gaming services in an area where they have been traditional rivals.

A spokesVole added: “these efforts will also include building better development platforms for the content creator community."

Details are still pretty light, but it does seem the pair will build a cloud and collaborate on cloud gaming. This will be a kick in the nadgers for Amazon and it might be a sign that the two gaming giants are worried about Google's rise in the sector.

The pair will collaborate on semiconductors and artificial intelligence (AI). This will include intelligent image sensor solutions that use Azure AI, and Sony using Microsoft’s AI platform in its consumer products.

Microsoft CEO Satya Nadella said: “Sony has always been a leader in entertainment and technology, and the collaboration we announced today builds on this history of innovation. Our partnership brings the power of Azure and Azure AI to Sony to deliver new gaming and entertainment experiences for customers.”

Last modified on 17 May 2019
Rate this item
(0 votes)
Tagged under
More in this category: « World of Warcraft Classic launching in August Xbox boss wants to tackle toxic gamers »
back to top