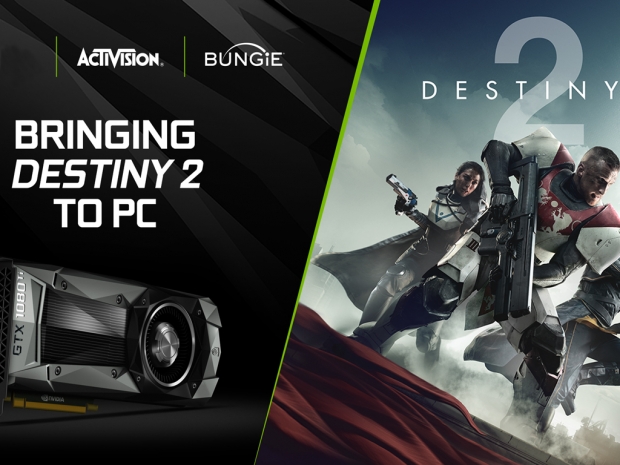 Bungie showed a lot of Destiny 2 details at the E3 2017 show while Nvidia showed the game running in 4K at 60 FPS as well as announced that it will be bundling the game with some of its Geforce graphics cards.

Bungie revealed a lot of Destiny 2 details at the E3 2017 show but the most interesting details were regarding the PC version of the game, that will include 4K resolution support, unlocked framerate, adjustable field of view, 21:9 UltraWide monitor support, and all the goodies you would expect from a PC version of the game.

The beta for PC version of Destiny 2 is planned for August while the game is scheduled to launch on October 24th, over a month after the console versions.

Following the announcement of the game, Nvidia has announced that it will be bundling it with some of its graphics cards and systems, including Geforce GTX 1080 and GTX 1080 Ti as well as notebooks and systems based on those two graphics cards.

Nvidia notes that this is a limited time offer which will be available as of June 27th and probably until they have codes. Those that get the code will also have early access to the beta.

You can check out all the participating partners, retailers/e-tailers and system builders over at the dedicated Nvidia Destiny 2 page.

Last modified on 14 June 2017
Rate this item
(0 votes)
Tagged under
More in this category: « Alt-Right fume at "anti-white" Wolfenstein II Former Wii maker flushed with success »
back to top