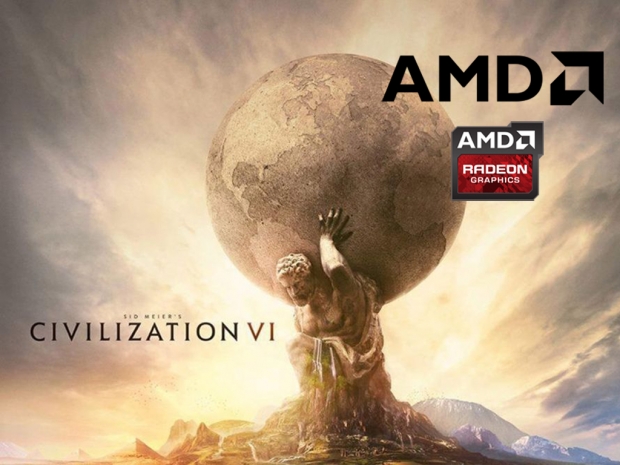 AMD has added yet another game to its promotion page,  Sid Meier's Civilization VI, which will be available with the Radeon RX 480.

According to details provided on the promotion page, the Civilization VI game code will be available with a Radeon RX 480 GPU priced at US $199 or above and/or select System Integrator desktop systems containing a Radeon RX 480 GPU.

The promotion will run from November 15th to January 15th or when the supply of game codes is exhausted and eligible products must be bought during the promotional period.

AMD was also keen to note that not all retailers/e-tailer are participating in this promotions so it might be wise to check which one has it, if you are buying the Radeon RX 480.