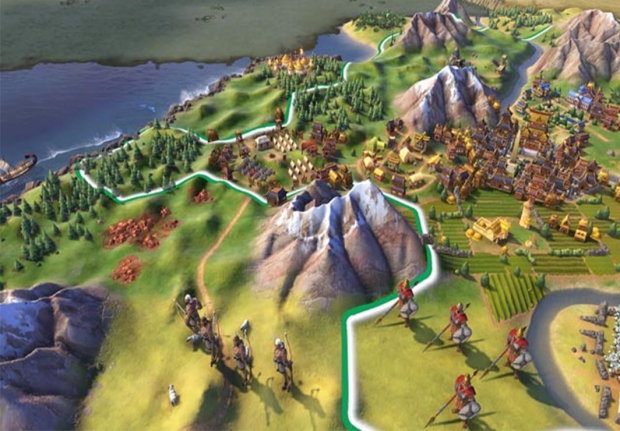 Bringing Civ VI to the world

AMD is lending 2K and Firaxis Games a hand with their DirectX 12 projects and to help them provide full support for Asynchronous Compute and Explicit Multi-Adapter."

According to Hexus the fruits of this partnership will be seen in in the upcoming Sid Meier's Civilization VI game which is supposed to be coming out in October.  Civ has always been a great challenge for processing power. Not only does it have detailed scenes, landscapes and shedloads of civilisations the software has a habit of challenging the PC.

Smart money suggest that Civ6 will be a crowning glory for DirectX 12 as it was for Direct X 11. AMD helped in that case too and in  Civilization: Beyond Earth helped jack the Mantle API and Split Frame Rendering for multi-GPUs under the bonnet.

Roy Taylor, CVP of alliances, Radeon Technologies Group, AMD said the fabless chipmaker was thrilled to bring its DirectX 12 hardware and expertise to bear in the next instalment of the Civilization franchise.

One of the reasons that AMD is in so deep is that it gives it a chance to point out that it has DirectX 12 Asynchronous Compute support on GCN and new Polaris graphics cards which facilitates parallel execution of compute and graphics tasks, speeding up processing. The DirectX 12 Explicit Multi-Adapter will be switched on in Civilization VI bringing higher framerates, lower input latency, capacity for higher image quality and more for those with multiple GPUs.

CIV VI is available for pre-order now on Windows PC. It will not be released unti 21 October and will have a $59.99  price tag.If it is like any of the other Civ games it will steal away your life.

Last modified on 14 July 2016
Rate this item
(11 votes)
Tagged under
More in this category: « Doom gets Vulkan API patch Nintendo suddenly booms »
back to top