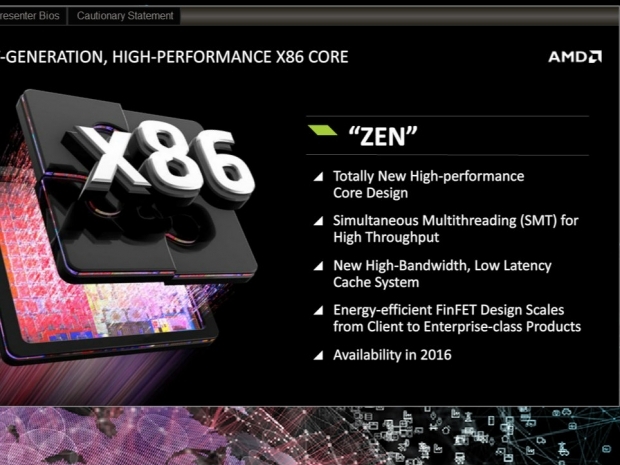 One hand clapping with zombies at E3 2016

This means that the silicon is in good shape and the processor was taped our probably late last year with no major issues. AMD’s CEO Lisa Su has already said that the desktop version shall arrive first, and this was the CPU demonstrated in the video.

Summit Ridge is not an APU and doesn’t have a GPU core. AMD engineers were using a discreet GPU probably from one they found out the back.

The Summit Ridge is an FM4 socket processor and half dozen of them are shown in the video.

Last modified on 14 June 2016
Rate this item
(32 votes)
Tagged under
More in this category: « Battlefield 1 trailer looks great Some Xbox One games play on PC »
back to top