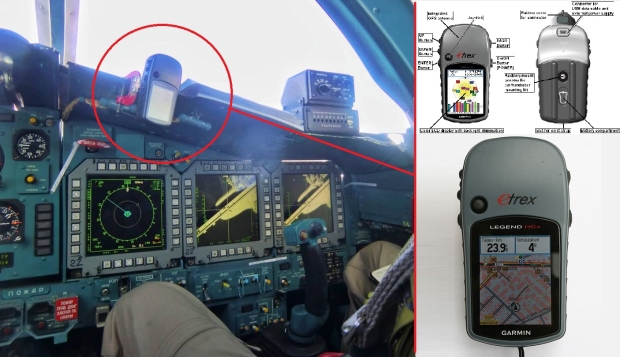 Wrecked Russian fighter jets are being found with rudimentary GPS receivers "taped to the dashboards" in Ukraine because their inbuilt navigation systems were so bad.

UK defense experts said that 'GPS' receivers have been found taped to the dashboards of downed Russian Su-34s so the pilots knew where they were, due to the poor quality of their own systems.

The Su-34 was first manufactured in the Soviet Union in the early 1990s but is still one of Russia's top fighter jets.

This is not the only example of poor tech use by the Russian military. Last month, Ukrainian troops paraded what they said was a Russian drone that had been covered in duct tape and fitted with a generic plastic bottle top for a fuel cap.

Last modified on 17 May 2022
Rate this item
(7 votes)
Tagged under
More in this category: « Coppers likely to use driverless cars to spy on people Ford’s hybrid economy figures were not based on reality »
back to top