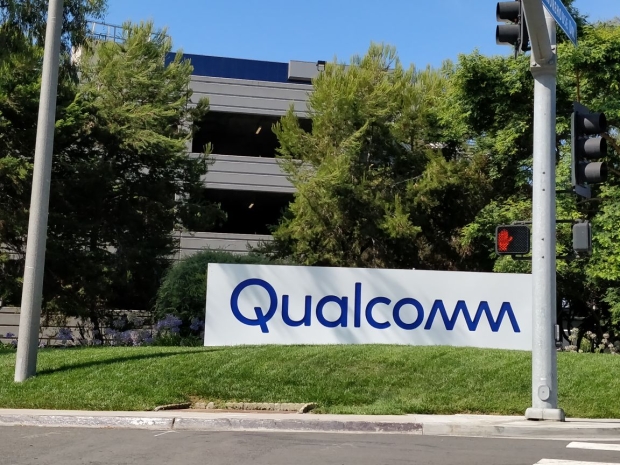 Two months ago, Veoneer was still in talks with Magna to accept its acquisition offer of $31.25 per share in cash, however yesterday, Qualcomm and SSW Partners reached a definitive agreement to acquire Veoneer in an all-cash transaction valued at $37.00 per share.

As a result, Veoneer has terminated its prior acquisition agreement with Magna International Inc. ("Magna") and canceled its October 19, 2021, special meeting that was previously scheduled to approve that agreement.

Qualcomm initially approached Veoneer with the intent of acquiring its Arriver unit that was developing an Advanced Driver Assistance Systems (ADAS) Level 3 software stack. Magna subsequently subsequently offered to purchase the entire company, only to see its bid topped by Qualcomm and SSW Partners. After the deal closes, Qualcomm will end up with the Arriver assets of Veoneer.

At deal closing, SSW Partners will acquire all of the outstanding capital stock of Veoneer, and will shortly thereafter sell the Arriver business to Qualcomm and retain Veoneer's remaining Tier-1 supplier businesses.

SSW Partners will lead the process of finding strong, long-term strategic partners for the remaining Veoneer units. This transaction structure facilitates the long-term success of all of Veoneer's businesses.

The deal structure is positioning all of Veoneer's businesses for success. At the same time, it augments Qualcomm's ability to create an open and competitive ADAS platform for the global auto industry.

Qualcomm will contribute the hardware - Snapdragon Ride, while Arriver will provide some of the software stack required for more advanced ADAS functionality for cars of the future. Qualcomm has already demonstrated a successful partnership with Arriver and believes that the Arriver business will be a good complement to its existing automotive business.

This is the second major strategical acquisition for Cristiano Amon, now CEO of the company. Veoneer is Cristiano's first acquisition as a CEO, but he played a crucial role in acquiring a Nuvia SoC ARM-based company in January 2021. The recent acquisition is strengthening Qualcomm's position in markets beyond mobile.

In order to get to the finish line faster, companies tend to merge or acquire each other. With that thought in mind, Qualcomm's acquisition of Veoneer's Arriver ADAS assets is a match made in heaven.

Magna, a 168.000 employee company, is definitely one of the biggest Tier 1 automotive suppliers. It was likely after Veoneer to enrich its portfolio and to offer more feature-rich platforms to automotive OEMs. Still, Magna was missing many critical pieces of the equation, especially advanced computer processing hardware, to run the Level 2, Level 2+, or Level 3 ADAS solutions. Magna would still have needed to partner with some automotive chip manufacturers, leaving Qualcomm, Intel, and Nvidia as the top contenders.

Since Arriver has already done a successful integration of its software and demos with Qualcomm, the Qualcomm + Arriver scenario represents a potentially better optimized and integrated solution for automotive OEM's, and one which would be available to other Tier-1's. The pairing will conveniently provide OEM's with one-stop access to a lot of technologies being developed for numerous industries. Most automotive OEM's already use Qualcomm Snapdragon and modem devices for infotainment, dashboard, or connectivity. Adding Arriver to a family would give OEMs easier access to more solutions, and Arriver is an important one, as it increases occupant and vehicle safety.

According to the European Transport Safety Council, 90 percent of accidents are caused by a vehicle operator. Once OEM's (e.g. Audi, Cadillac, Honda, VW ) manage to get their cars to true Level 3, there will be little to no interaction needed from drivers to achieve desirable levels of safety. Humans get distracted too quickly, especially with texting.

After this acquisition, Qualcomm is better positioned to help traditional auto OEM's compete with companies like Tesla. As many already are aware, Tesla is a vertical OEM that wants to own all the technologies in-house, and given its own processor and sensor fusion designs, is better positioned than other OEM's. Magna would need to work with third parties to provide a competitive solution. As a potential OEM and Tier-1 technology partner, Qualcomm brings to the table technologies like C-V2X, sensors processing, expertise in sensor fusion, camera technologies and ISP's, integrated SoC's for evolving workloads, and AI

Qualcomm willing to invest in Arriver

OEM's and Tier-1 automotive suppliers will have more options through this deal. While the integration of Snapdragon Ride and the Arriver software will produce a safer platform, Qualcomm has a history of offering technology broadly to ecosystems, so in this instance, it's likely that multiple OEM's and Tier-1's will benefit. This deal will enable greater competition with Intel/MobileEye and NVIDIA self-driving solutions. Tesla likely won't offer its self-driving technology to others. We can draw some easy parallels from the mobile industry, where one major US and one major South Korean vendor come to mind.

As a quick reminder, Qualcomm continues to grow the company's telematics, infotainment, digital cockpit, and in-car connectivity businesses, with an order pipeline of more than $10 billion. With better ADAS, this pipeline will probably get bigger, making it easier for Qualcomm to invest further re-invest in the platforms.

Qualcomm is likely determined to bring more resources and invest more aggressively in Arriver than Magna could have, as the company has learned how to swim at a faster pace of innovation. The automotive industry, at least significant parts of it today, is still thinking in terms of 6-year car lifecycles and 3-year refreshes. As a technology partner, Qualcomm releases premium, high-end, mid-tier, and entry-level SoC's and numerous other products at a once- or twice-a-year cadence, and so presents opportunities for faster innovation cycles and product and functionality tiering.

In the end, had Magna acquired Veoneer, Arriver's ADAS technology would have been captive to Magna's vertical platforms.

Last modified on 07 October 2021
Rate this item
(1 Vote)
Tagged under
More in this category: « Blue Origin "is not a good place to work" Germans to have first driverless train »
back to top