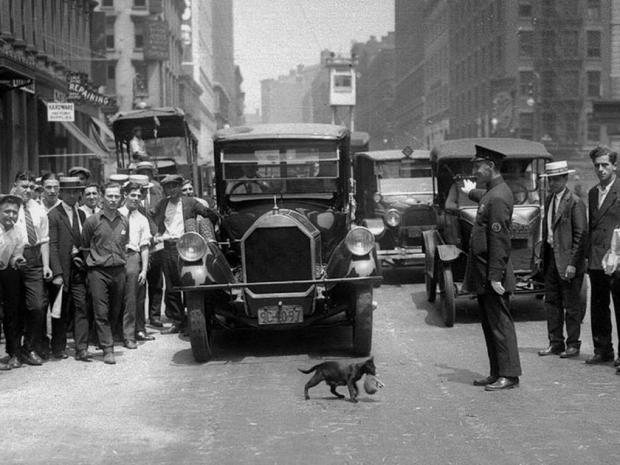 Mobileye, the company that specialises in chips for vision-based autonomous vehicles, is now testing its AVs in New York City.  This is a bit tricky because New York has harsh restrictions around such testing.

The announcement was made by Amnon Shashua, president and CEO of the Intel-owned company, at an event in the city on Tuesday. Shashua said the company is currently testing two autonomous vehicles in New York City but plans to increase that number to seven "in the next few months".

New York has all sorts of restrictions against such testing because ur has some of the most dangerous, congested, and poorly managed streets in the world. It has all sorts of obstacles that make it difficult to navigate including construction workers, pedestrians, bicyclists, and double- and triple-parked cars.  So a bit like Rome or Naples on a good day, but not as bad as Sofia.

AVs typically rely on good weather, clear signage, and other road users not being from New York for safe operation. But Shashua said this was part of the challenge in deciding where to test Mobileye's vehicles.

"I think for a human it's very, very challenging to drive in New York City", Shashua said, "not to mention for a robotic car". While other states have become hotbeds for AV testing, New York has been  a ghost town.

Part of the reason could be the state's strict rules, which include mandating that safety drivers keep their hands on the wheel at all times and requiring state police escort at all times to be paid for by the testing company.  The car has to be accompanied by a person riding a horse and carrying a red flag... we made that last bit up.

A spokesperson for Mobileye says the company has obtained a permit from the state to test its vehicles on public roads and is currently the only AV testing permit holder in the state. The spokesperson also said that police escorts were no longer required.

Last modified on 22 July 2021
Rate this item
(2 votes)
Tagged under
More in this category: « Boeing suffers problems with its Dreamliner Mercedes-Benz to go all electric by 2030 »
back to top