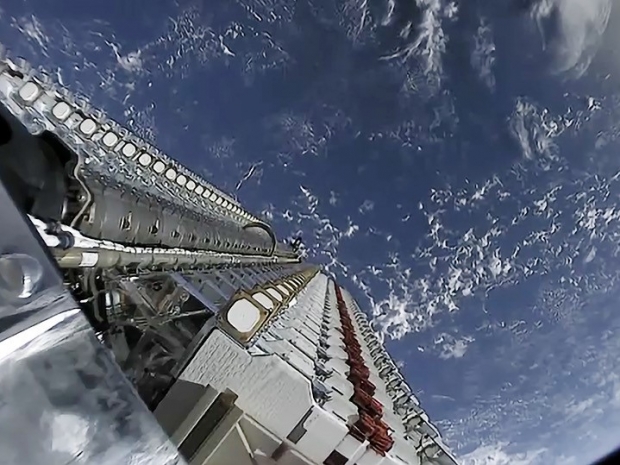 The move would allow a new class of ground-based components for SpaceX's satellite system that will expand the range of broadband capabilities available to moving vehicles throughout the United States and to moving vessels and aircraft worldwide, SpaceX said.

Internet users are no longer "willing to forego connectivity while on the move, whether driving a truck across the country, moving a freighter from Europe to a US port, or while on a domestic or international flight", SpaceX said.

The application said that vehicle-mounted terminals will be similar to the Starlink satellite dishes designed for home internet service.

However, SpaceX Service's ESIMs are electrically identical to its previously authorised consumer user terminals but have mountings that allow them to be installed on vehicles, vessels, and aircraft, which are suitable for those environments.

SpaceX Service's ESIMs will communicate only with those SpaceX satellites that are visible on the horizon above a minimum elevation angle of 25 degrees. The proposed phased array user terminal will track SpaceX's NGSO [non-geostationary orbit] satellites passing within its field of view.

As the terminal steers the transmitting beam, it automatically changes the power to maintain a constant level at the receiving antenna of its target satellite, compensating for variations in antenna gain and path loss associated with the steering angle.

While it was thought that Starlink terminals could fit Tesla cars and other passenger vehicles, SpaceX CEO Elon Musk clarified on Twitter today that passenger cars are not in the plan because the terminal is "much too big."

Last modified on 09 March 2021
Rate this item
(0 votes)
More in this category: « Honda set to release level three car LG to build batteries for Tesla »
back to top